For whatever reason I’ve been thinking about Russian Common Gulls alot recently…The BBRC has this to say about them:

“we believe that heinei is not safely diagnosable, owing primarily to the difficulty of excluding intergrades with nominate canus. Based on its distribution and movements, it seems likely to be of regular occurrence in Britain and dark-mantled Common Gulls in eastern Britain in winter may well be of this form”

I would basically agree with the above, however if it was likely a regular occurrence, Im pretty sure I would have seen a spot on bird by now. The fact is I have never seen a Russian Common gull in the UK, not even photos of decent 1st winter.

Generally speaking, 1st winter Common gulls in the UK do not look like Heinei, I ve never seen a first winter common gull with faint or no streaking in the head and little or none around the eye combined with a pink base to the bill, its a look that you don’t see here. The majority of 1st winters in Istanbul did look this way. Below are 45 individuals out of a flock of c600 common gulls taken in London in early Febuary. Theres some differring stages of moult on show and and Im sure some are from a good way to the North and North east (Norwegian and Estonian rings are picked up at wanstead on the regular)  this is a pretty decent slice of what they usually look like. 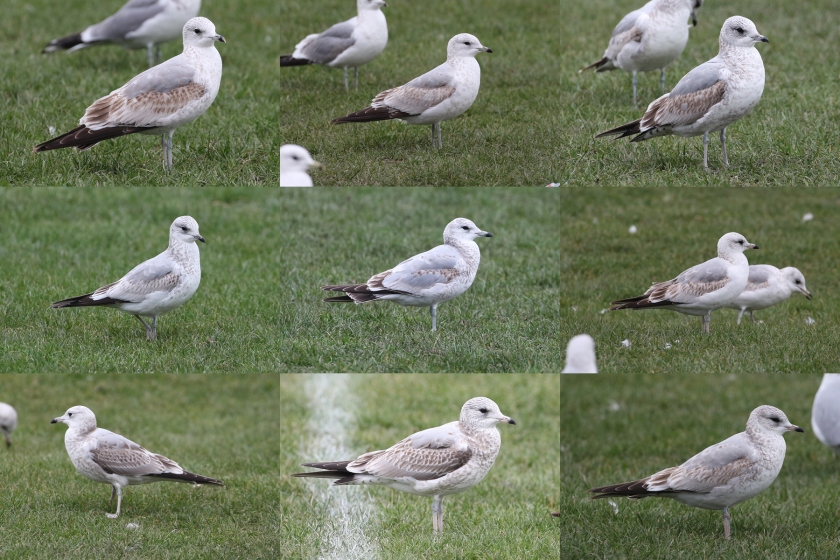 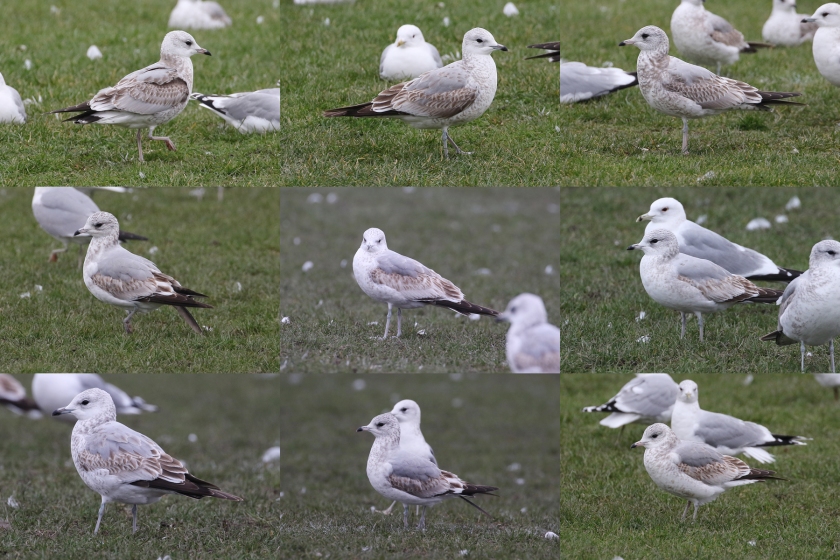 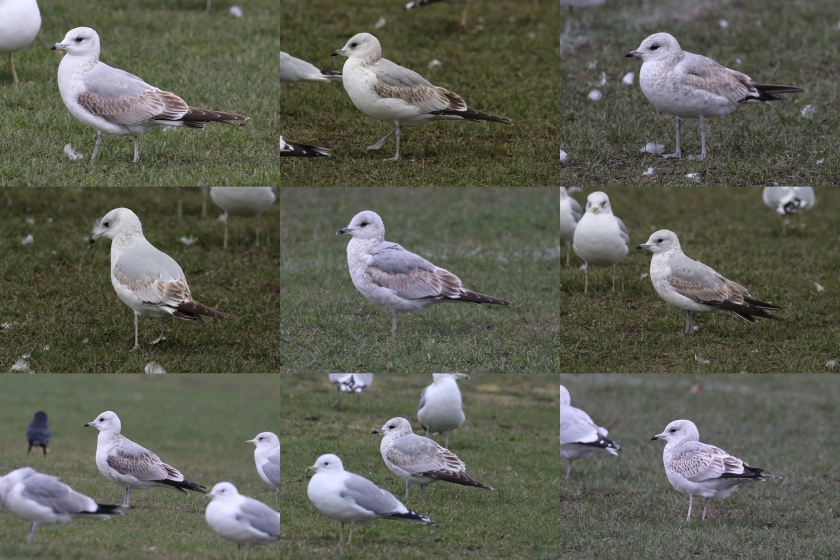 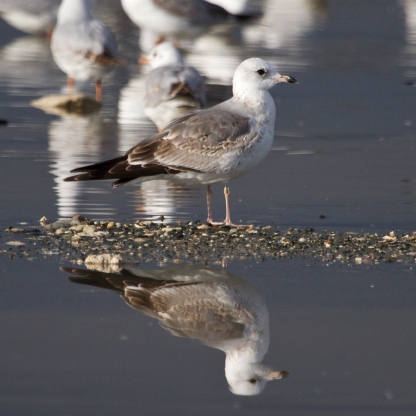 BUT! I thought i would post  are closest birds I’ve seen to heinei in the uk, call them ‘lookalikes’ if you will . They may be almost within variation but theyre not perfect so no good i say. I might see one a year might look along these lines and show the following features :

Whats really missing, or what makes them not heinei, or not perfect is the lack of :

*canus can show all of the above features but in a combination of all of them should indicate heinei.

Bird 1 wanstead 2016, a little too much head streaking/ smudging around the eye 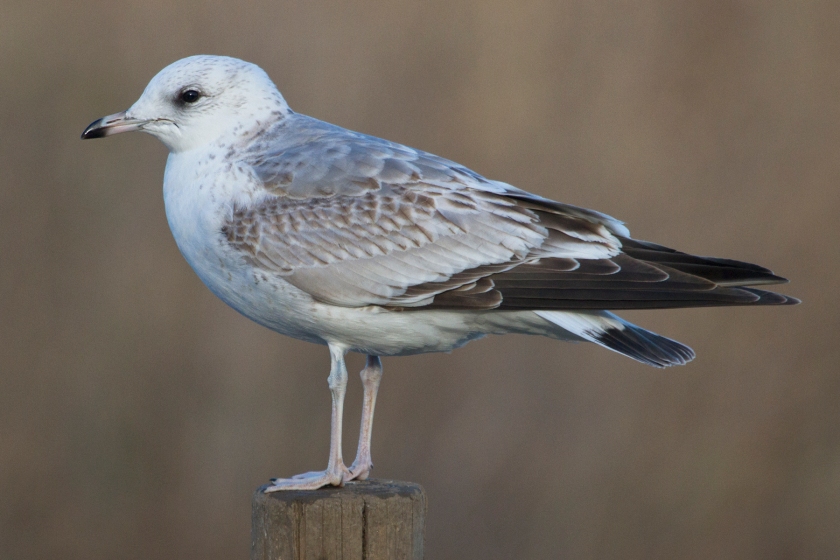 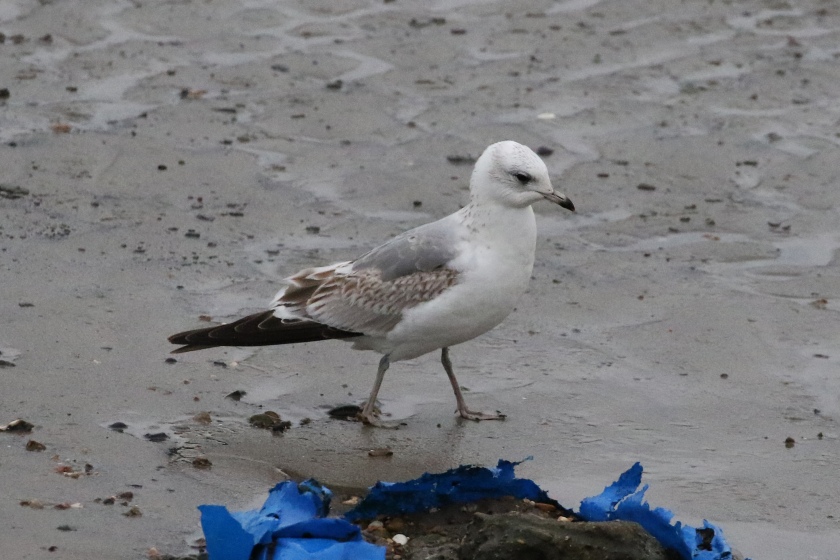 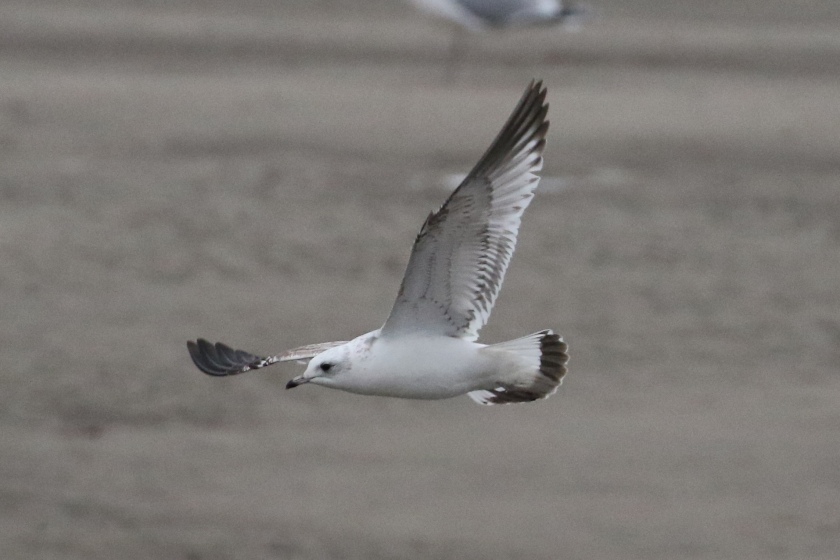 Bird 3, Wanstead 2019– A little too much head streaking, although nice buff/pinkish shawl. Grey in mantle perhaps too plain and too pale. lacks dark secondaries in underwing (not shown)

Bird 4 Wanstead 2019, better looking about the head, but plain pale scaps not great and this bird showed a small mirror on p10 so I lost interest. 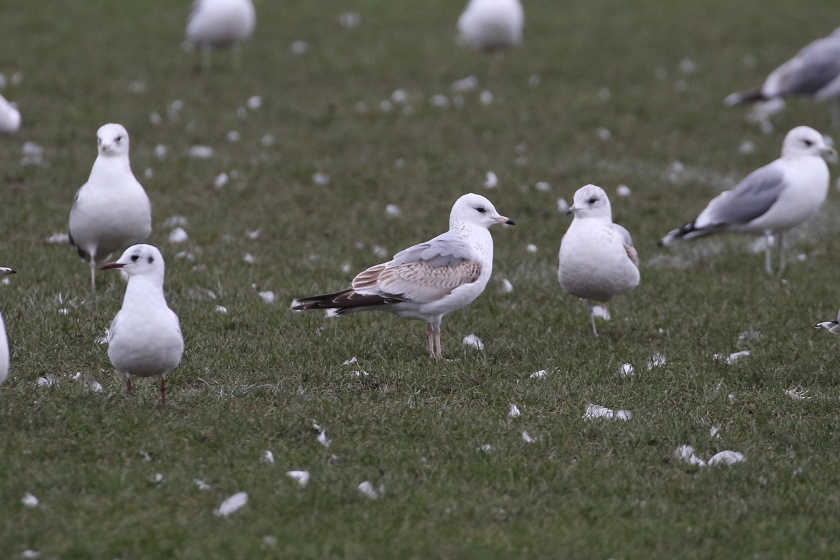 That sums up the best ive seen here and its where I am at the moment with them, maybe in ten years they’ll all be easily identifiable but I am currently yet to see anything that Im convinced is a heinei . Below is a confusingly plumaged 2nd winter bird fro Wanstead last week. Showing much black in the tail and secondaries, also no mirror on p9 and all black outer web of p6, but im sure its a still a retarded canus. Maybe i should be looking at adults! 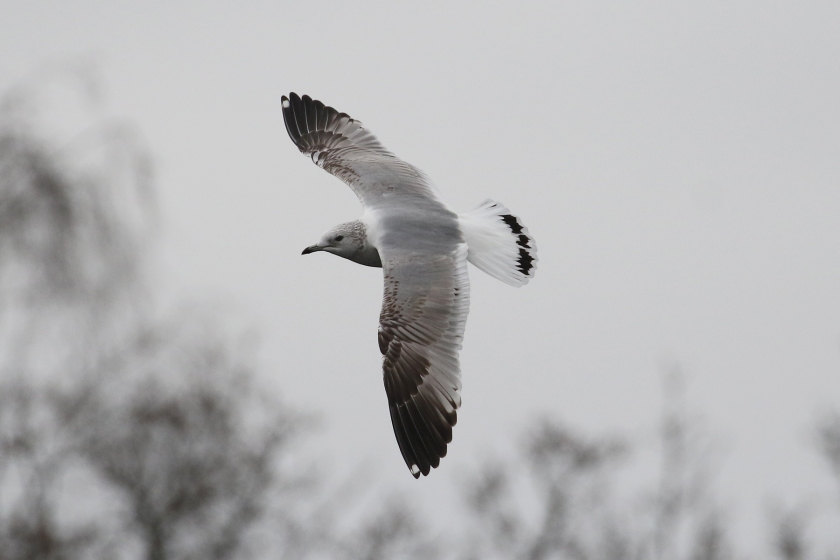