My weekends continue to deliver a mix of nice London finds and excellent birds twitched. Another excellent weekend with a mix of a couple of local surprises and a successful twitch in nice surroundings.  A fruitless check of Crayford (despite high numbers of gulls) was followed by a walk up and down Creekmouth. The below Juv Iceland Gull flew down the Roding and out onto the exposed mud at low tide.

I’m not sure if ts the bird from Crayford and I’d like tho think with this current situation in the country that there are more than one or two Icelands in the area.   The all too familiar large gull ‘raptor’ call alerted me to this 2cy Marsh Harrier . Missing a primary or two but seemed to be doing ok, Both birds were new for that area for me!

After a 5am rise on the Sunday, Rich B, a ridiculously dressed Dante and I headed down to see the adult Ross’ Gull on the south coast. A bird i’ve always wanted to see and after an unlucky miss of the bird on the mud at Ferrybridge we got good views of it at Radipole Lake. I think this species is the perfect small gull, all the features get me going, my pics don’t quite do it justice. A new gull species for me. Nice to catch up with a few people and meet some new! Condolences to old Filby who had his massive Swarro scope robbed, Urban birding…

After this we headed for the long staying Stilt Sandpiper currently at Stanpit (thanks Chris Ball for gen) and enjoyed scope views of it feeding across the inlet, flying about abit too, another new species and a wader i’ve wanted to see for some time. The below adult Mediterranean Gull was nice to take in too. 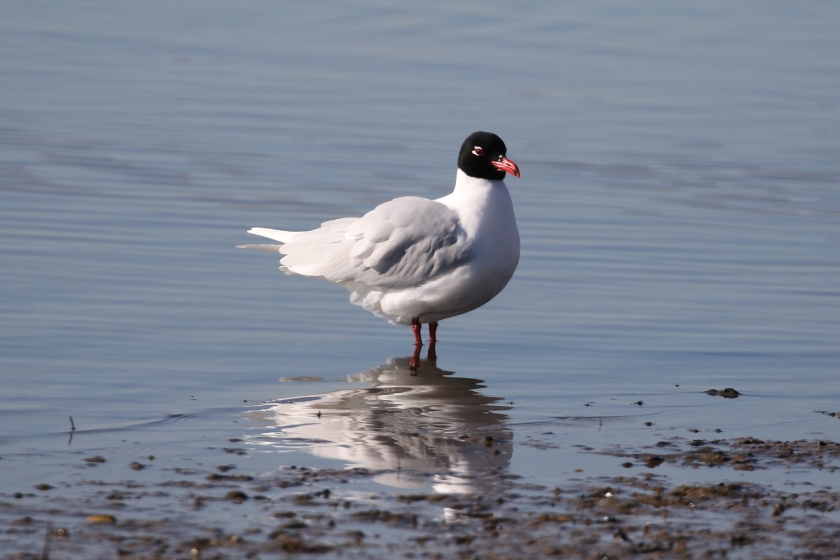 After that we were in the hide at Blashford Lakes for the gull roost where we saw the Ring Billed Gull, a nice 2nd w Caspian that rich pulled out and the bird that many are calling a Thayer’s Gull. With NO field experince of Thayers anywhere I’m not the person to make the call on it but it doesnt sit well with what I do know about the species and does resemble Herring Gulls that ive seen in the past. Not to disrespect the finder and thats all i can say really. No pics from this part of the day and to be honest i struggled with this way of viewing gulls as its miles (litterally) from how I like to study Gulls. Big thanks to Richard Bonser for driving and being sound whe it came to my Mcdonalds ordeal…

The London Bird Wiki page said that Sean Huggins had had  a good day at Creekmouth with an Adult Caspian and a possible Siberian Chiffchaff as the highlights, so the following Day Dante and I headed down to try and mop up that lot and any extras. The, presumed same Siberian Chiffchaff was one of the first birds I got my bins on properly and showed well on our first encounter. It was amoung 25+ Collybita Chiffchaffs. 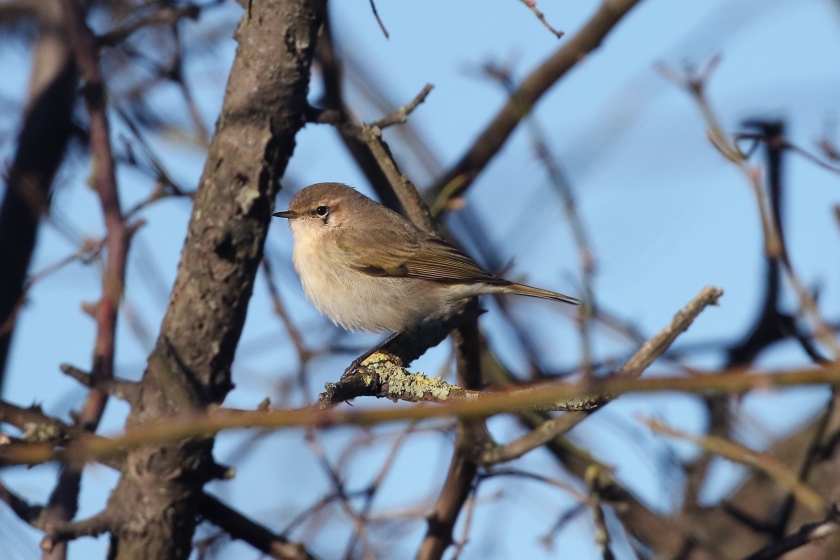 Looking different in all lighting conditions as per: monotone and brown in the bright light and nice and contrasty with all the right tones in the right paces in the flatter dull light. (rusty ear coverts, green in the retrices and remiges , nice grey neck sides etc) the left hand ear coverts starting to moult and some body moult perhaps too on the left flank, this would be a little early but a decent indicator of Tristis which delay their moult until early spring. I didnt definitely hear it call, but will probably see it again and who knows, a bit of sun might coax some song out of it) 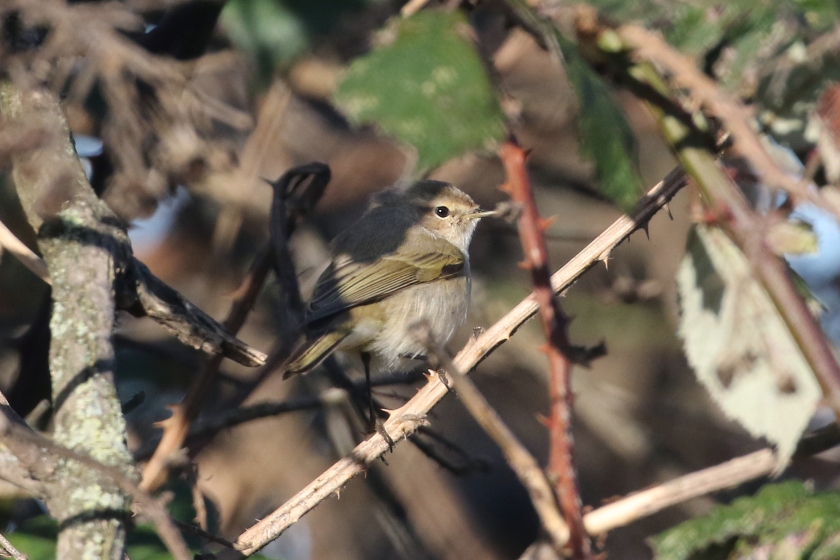 Next stop was abit of a fence hopper near Gallions Reach and an unexpected pinging in the reeds was of course the below Male Bearded Tit.  Great bird. 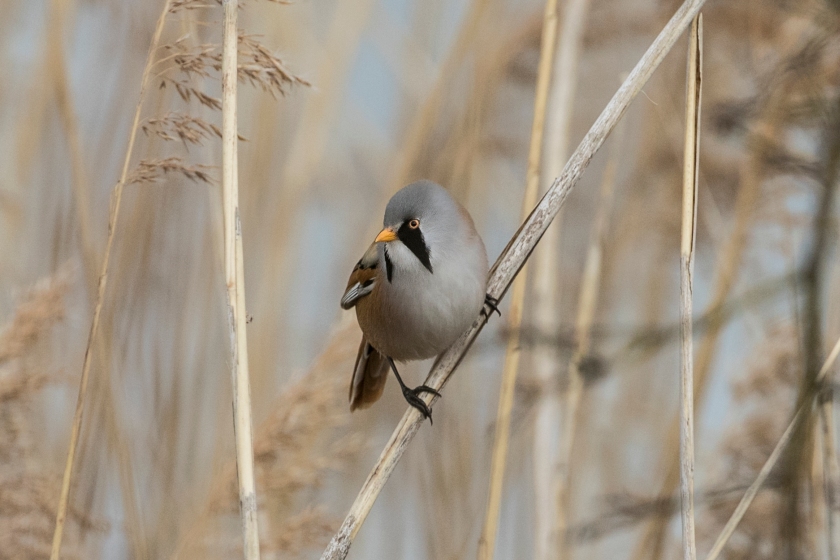 A last chance saloon check of the O2 and Thames Barrier park was made.  Very few large gulls at all and as I scanned the birds towards the shore Dante casually says “Adult Ring-Billed Gull” and there it was 4 metres in front of us among the common and black headed gulls!

After 15 mins of it just sitting in front of us and some brief flying about it flew east never to be seen again. It has quite a unique primary pattern so perhaps will be picked up again. However from tweets and correspondance from people along the south coast there is a movement of Common Gulls eastwards currently so perhaps is caught up in that.

A very Scarce bird in the South East of England and glad for Dante for finding. A decent day for finds and another weekend with scarce birds involved in london, 2018 going nicely so far.

The Little Bunting continues to show in its usual spot, Ive been back a couple of mornings in an attempt to see/photograph it better. These were my best attempts on tuesday. 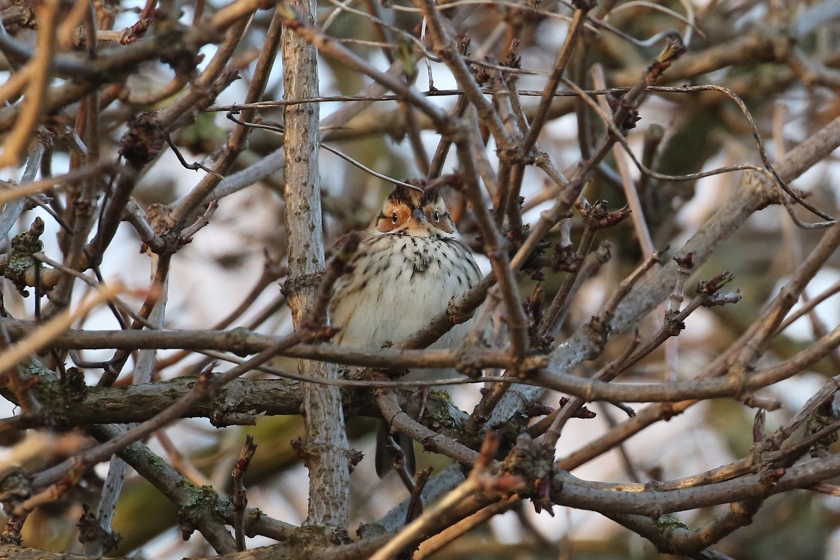 Rich, Dante and I went for the Staines Horned Lark this morning. I cant believe i didn’t consider going before, What a great bird and showing some really beautiful tones that you just don’t see on many birds in this part of the world.  The rufous burgundy about the breast sides flanks and rump – beautiful. 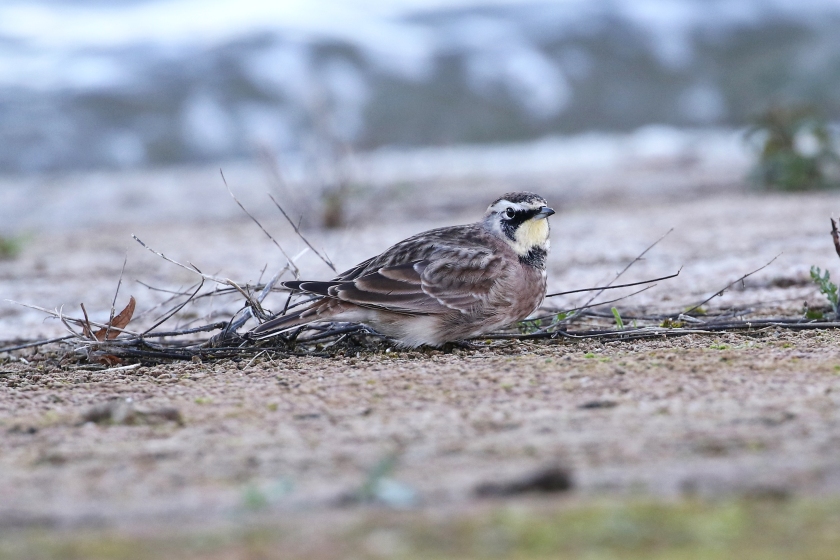 Below looking different in warmer light. It flew about and called abit too.

It was then 2 Yellow legged Gulls at Crayford and not much else followed by some Common gulls at Wanstead. This untimely Juvenile plumaged bird was the highlight. 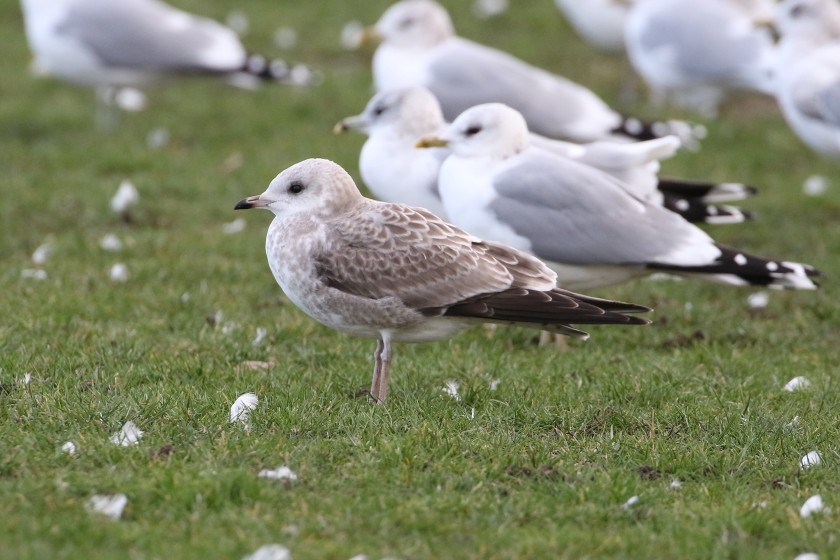 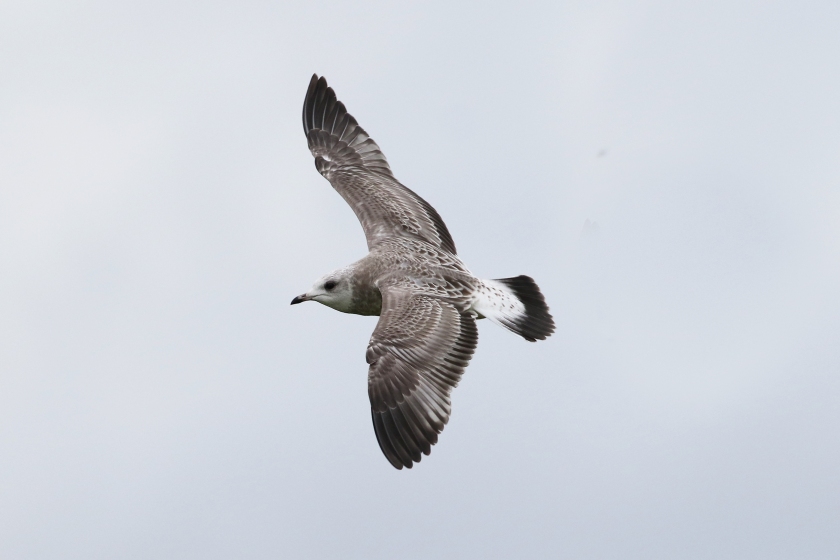