Another short work trip, this time to Bilbao. Id never been to the Basque country and was surprised how familiar the climate felt at this time of year, It was damp and windy and some of the near coast line resembled parts of Cornwall and the South West. The first morning I had off was spent at the coast near Sopela, 35 mins from Bilbao via Metro. initally Low cloud, a light northerly wind and lots of birds moving. Rough estimates of 10k Chaffinch, 1k+ of Song Thrush and Skylark, few hundred Redwing, similar numbers of meadow pipit, a Ring Ouzel, a few tree pipits and a surprise Richards Pipit! This bird flushed from grass 10 metres away on the headland, called a good few times and flew, quite far inland, I didn’t see where it landed and despite searching suitable habitat for 2 hours after the bird wasn’t seen again. I intially assumed that would be a good bird for the area but after doing abit of asking around I received this info from Daniel Lopez Velasco “Richard’s Pipit is a regular passage migrant and wintering bird in Northern Spain, about 100 birds or so each year.” Still was a nice satisfying event. 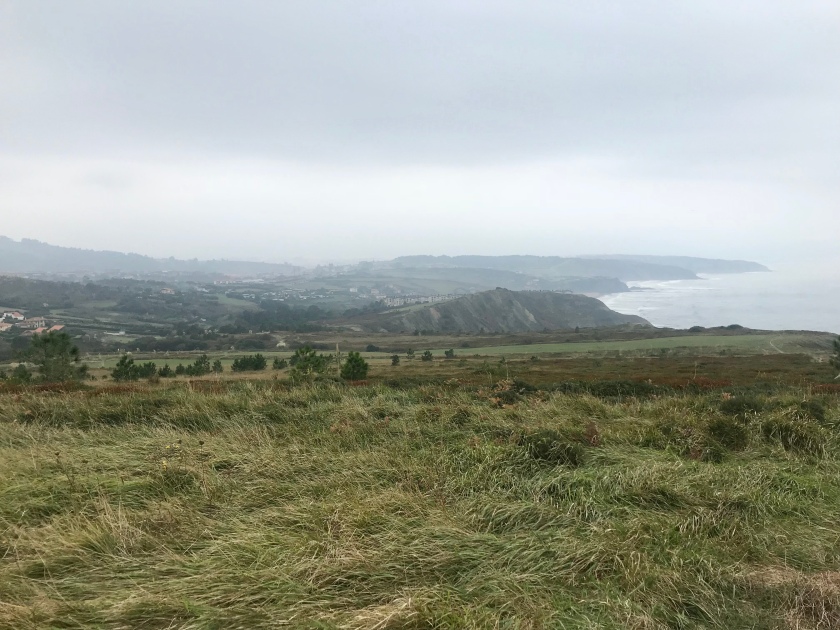 The Headland and surrounding area was teaming with things like Dartford, Sardinian and Fan–tailed Warblers… 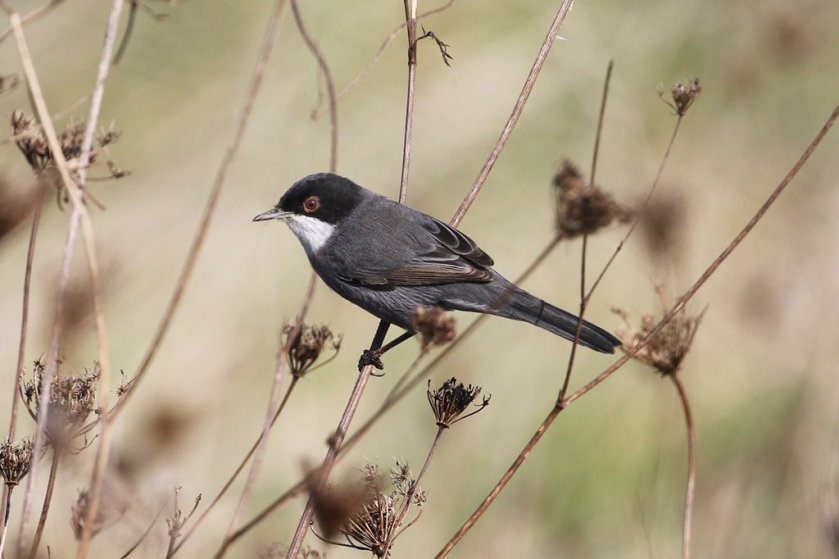 An area of pine forest held Crested tits, Short–toed treecreeper, whilst the suburban streets and unfinished building sites were good for Serins, many Black redstart of course and Cirl Buntings which I really enjoyed. I wasnt able to get any gen for anything in particular so just looked on google earth for suitable looking areas. I often end up birding in these kind of quiet half finshed places when im abroad, quite like them. 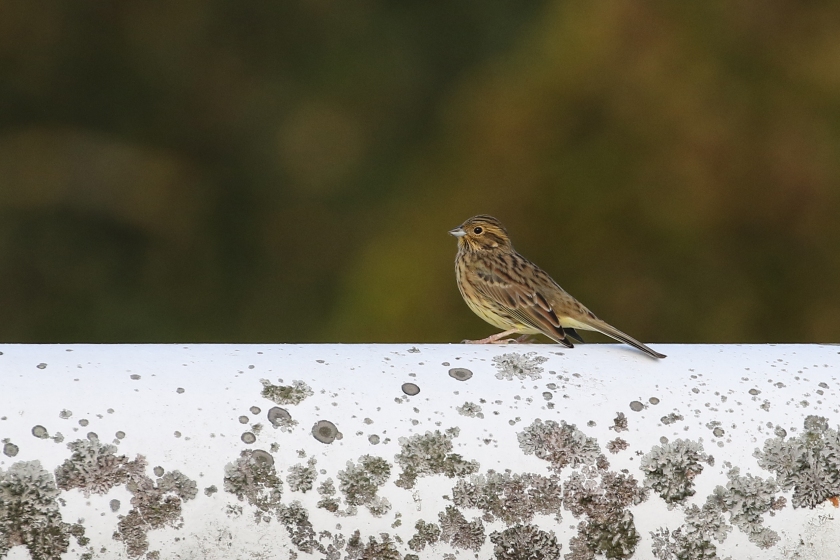 Back on the metro and on to the next town: Plentzia. A quiet, affluent ,coastal town where I could see a harbour and was hoping to look at Gulls. Its apparent that most if not all the gulls here were ‘Lusitanius‘ Yellow Legged Gulls. They’re supposed to be smaller, Paler and behind in terms of moult.  Varying degrees of delayed moult was present in pretty much all the birds I saw, take this completly juvenile bird in October! If im honest It was a real eye opener. 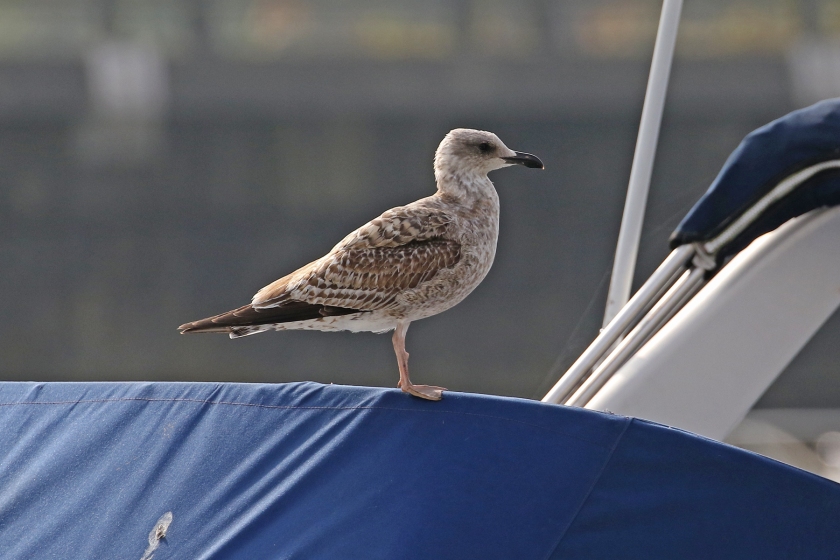 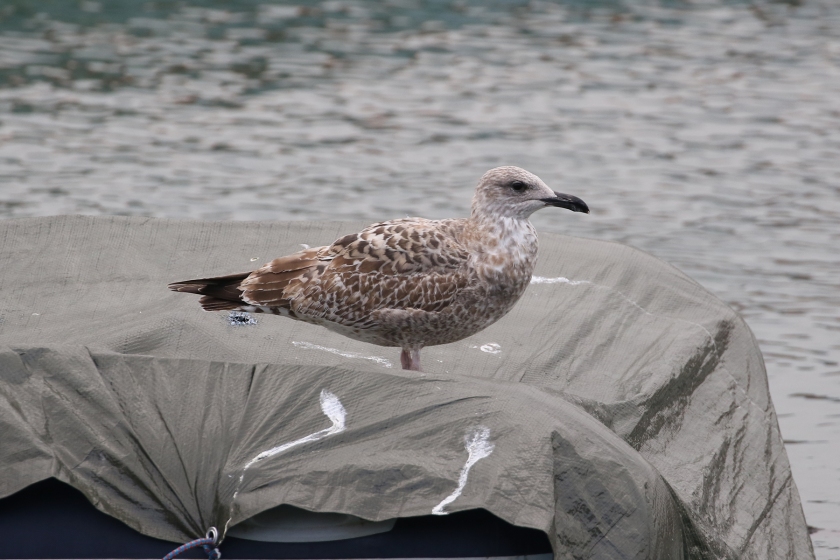 A failry standard looking first winter below, but with a noticeably delicate scapular pattern that these birds seem to be prone to. 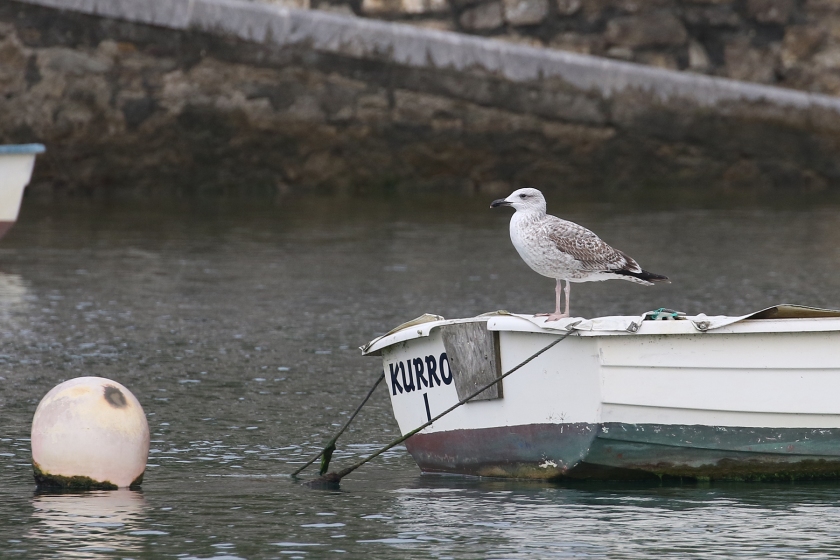 A second winter without any adult grey toned Scapulars. 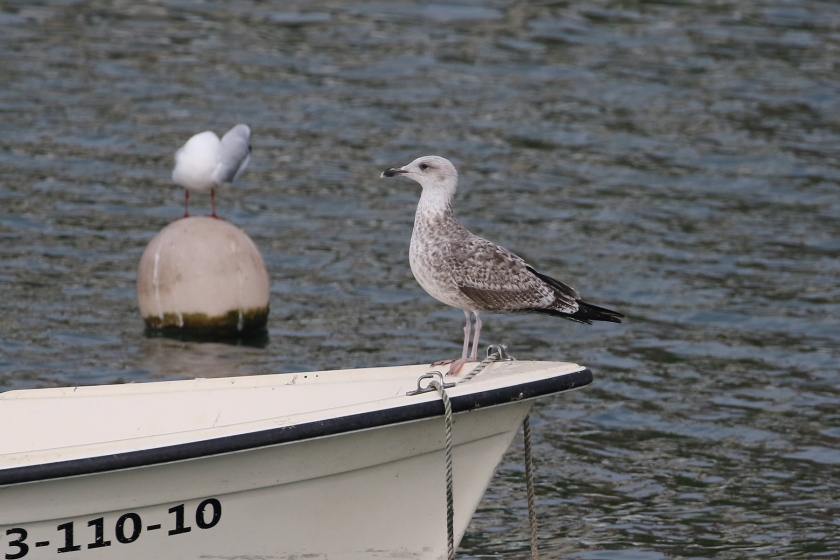 Paler toned adult Grey scapulars, this bird could easily go down as a Herring gull with brief views in the UK, the structure and head was spot on for YLG however. 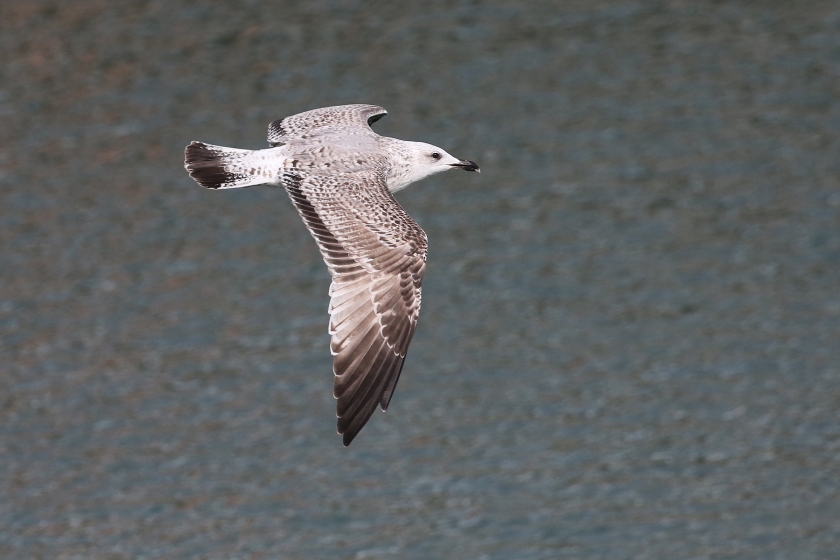 A more standard 2nd winter in terms of moult advance, was ringed on a small island off the coast NW of Bilbao. I ‘ve written to the scheme asking for info about birds travelling north in late summer and waiting for a reply. 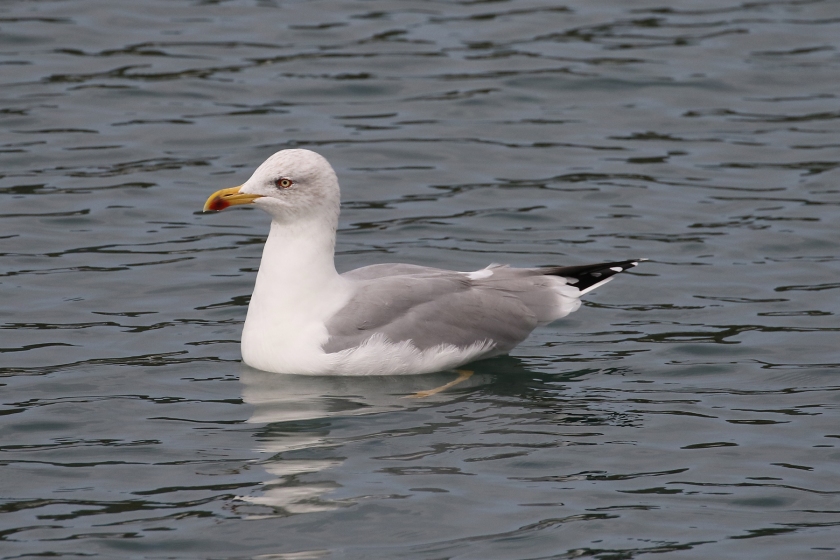 Not a bad trip really.

My fourth consecutive autumn Scillies, with the Roseveer gang: Laurence Pitcher, Lee Amery, Graham Gordon and ex-pat Paul Cook. A real comparison to the high of last year but thats Scillies for ya! The Scillonian crossing wasnt too bad at all with one or two Great Shearwater (completely new bird for me and calling a nice close bird out was a satisfying way of ticking it), a few Sooty Shearwaters, Pomarine Skua and a Grey Phalerope the highlights. LP and I had a look at the tame and beautiful Ortolan Bunting around Penninis head on st Mary’s before missing the last boat (second year in a row we’ve done this…) to St Agnes and having to pay through the nose with a private trip. Stylish.

A couple of days in and we joined Joe Pender and a boat full of Mary’s birders on a Pelagic, I’m not much of a sea watcher but have always wanted to do a pelagic and with the numbers of Great Shearwaters being seen I was hopeful of some close views. It was basically incredible, with over 100 greats seen as well as many Sooty, manxies a Balearic or two , Bonxies following the boat and amazing Common Dolphin and Minke whale action. 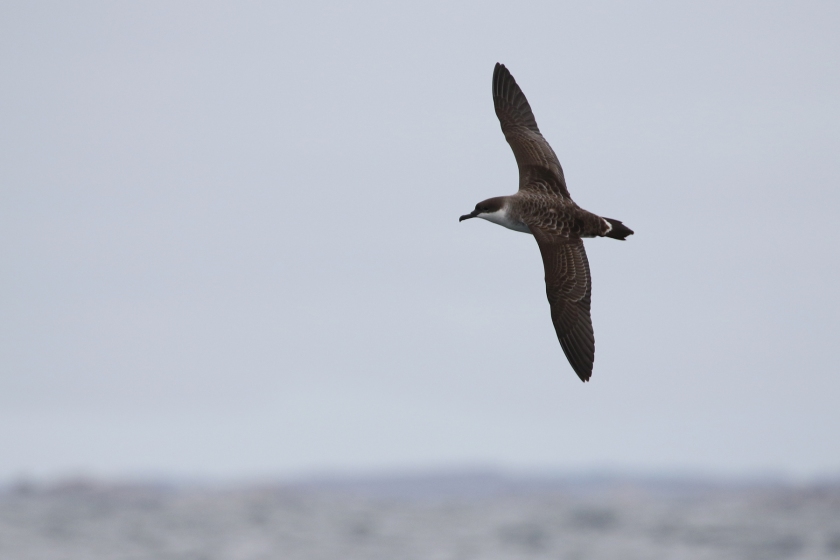 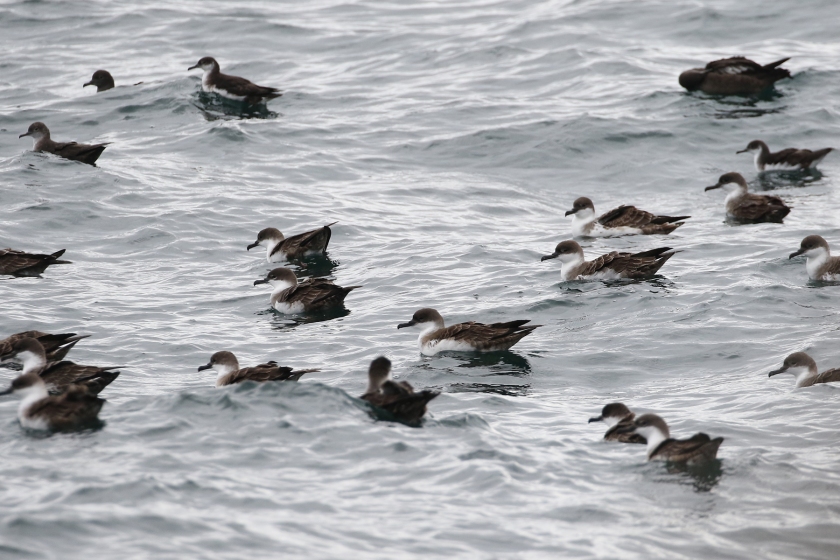 On the way back the boat was followed by this first winter Yellow–Legged Gull, the only Scillies rarity bird I found,  The lack of interest from the locals goes to show this species are surely under recorded, but each to their own , do what you like you lucky buggers (I also had a sub adult on st agnes the following day.)

We had a long spell of NW winds and no new birds, however during my stay there was one exciting day for arrivals, LP found a Greenish Warbler (pic below)and then a Red–Throated Pipit in the space of a hour, solid bit of birding that well done mate. Paul Cook picked up a Bluethroat on my last morning, i should add also. 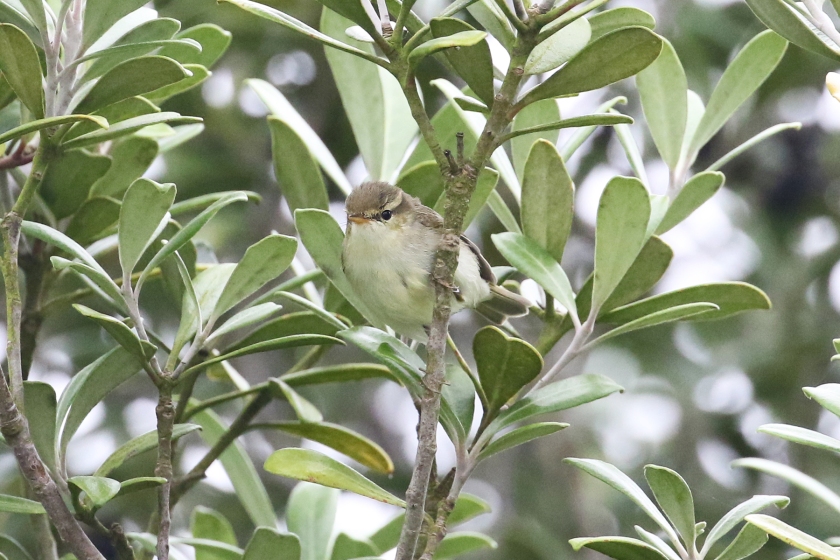 My own finds were limited to a Rosefinch,in the garden of the house on Gugh on the 8th of Oct, the same day as the Greenish and Red-Throated pipit and a Wryneck on the morning of GKG’s Glossy Ibis and Neil wright’s Red-backed Shrike (5th Oct) 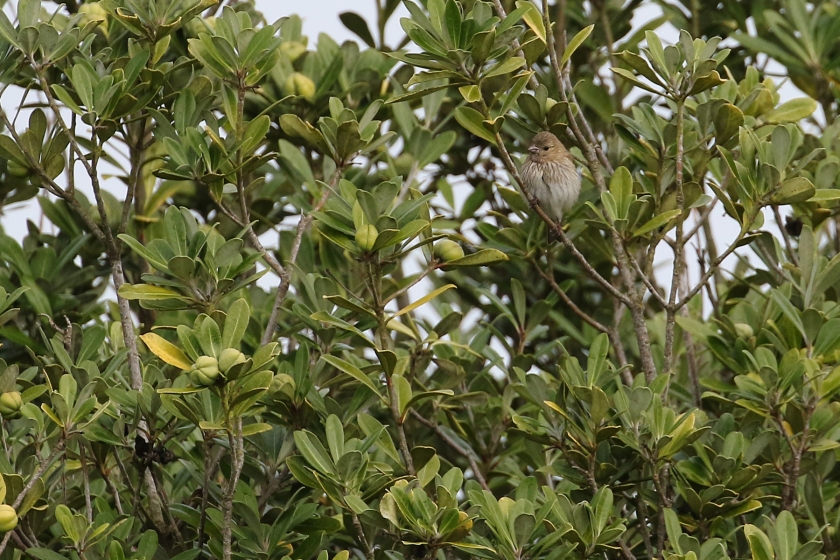 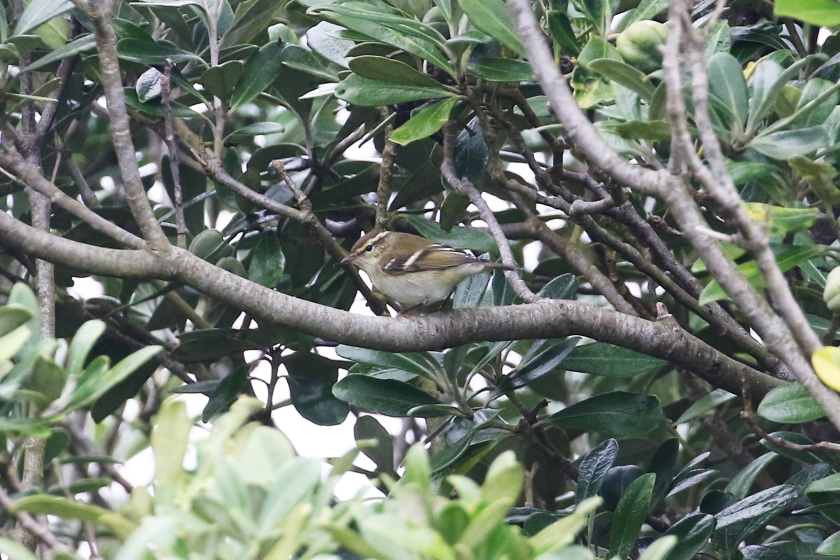 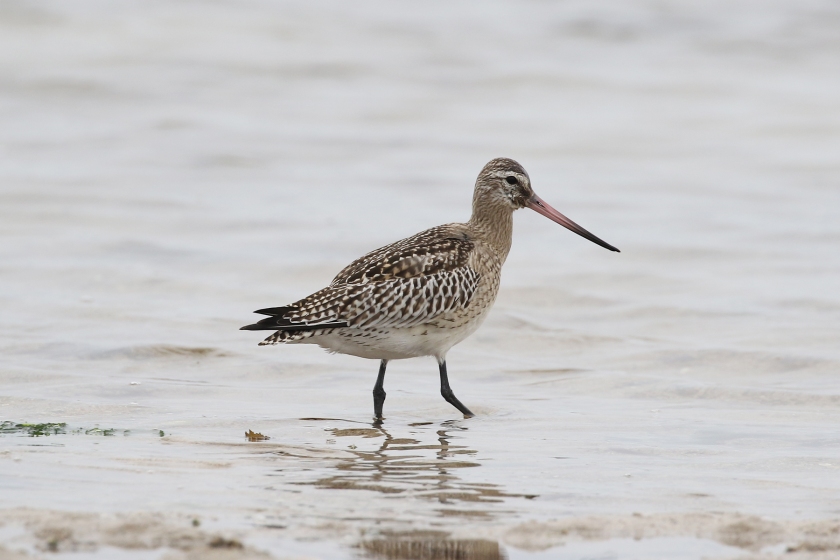 My last day held some arrivals also, things like Black Redstarts turned up on cue as well as a Little Bunting, found on Castella by Neil Wright. 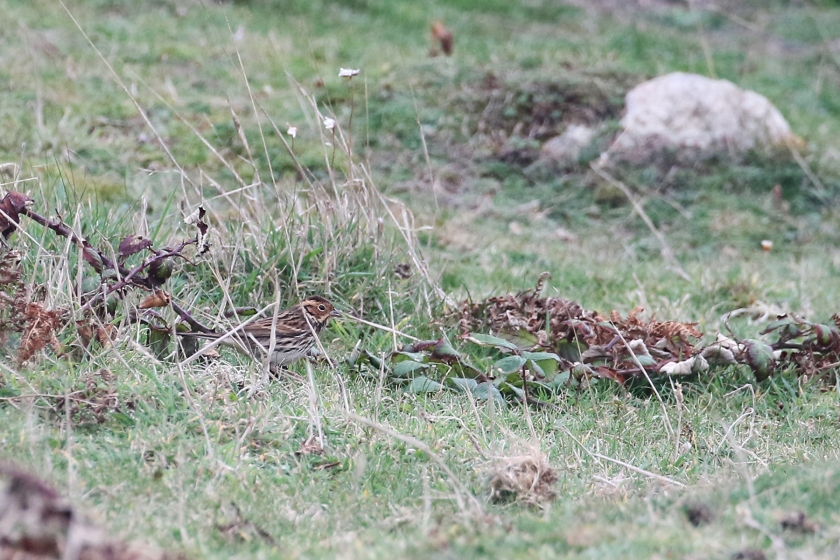 I had to cut my trip short by a couple of days due to the weather. at the time this was very disappointing but I’m over it now and looking forward to next year, Gotta take the rough with the smooth etc etc.  Still love ya st Agnes.

As i write this I just received news from LP and GKG who are still there , they just found a Grey–Cheeked Thrush, well done friends, well deserved.