The arrival of juvenile Yellow legged gulls in early July is a nice snap out of birdless june for me and something I look forward to immensely.  This year it was old Laurence P who struck gold on July the 1st with a juv down in east Sussex (the first uk record of a juv ylg in 2019) I went to visit him on the first weekend of July, as is out custom for the past few years and we notched up another different bird (below) in the same spot aswell as a flyover along the coast abit. 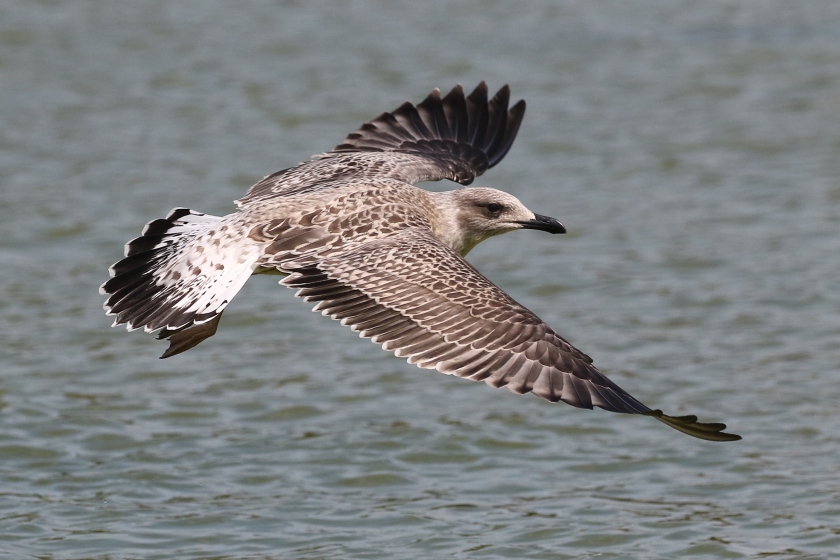 Since returning to London Ive been far too busy to check the river until this weekend where Thames Barrier park revealed my first London Juvenile YLG of the year in the form of a distant bird on the water edge. Generally there are more other aged birds around during this late summer period and a first summer (below) 2 second summers and an adult were also lined up among the local herrings and Lesser black backs.

I had more free time today and ventured down to Erith where I was greeted by a greedy juvenile Yellow leg almost instantly . It was very excited by the bread and dominated the melee as they often do.

As per there were a couple of other YLGs about aswell as 1 first summer and 1 juvenile (below) Mediterranean Gulls.

Nice to properly kick off the summer gull season with a showy couple of birds, I will however really be keeping my eyes peeled for the first juvenile Caspian gulls to turn up in the Thames in the next few weeks.