Theres been a few new Casps around recently on the Thames and I felt a little gripped after seeing some of Rich’s photos from last weekend whilst I was in Mexico but today I saw this bird at Erith that look away the pain.

Myself and Niall Keogh tried a few spots along the river including Greenhaven drive where we had about 7 or 8 Yellow–legged gulls appear from nowhere aswell as the Casp x Herr hybrid “X09A” loudly honking its way into the bread melee, but no Casps. We swang into Erith Pier to get rid of the last of the loaves and as I raised my bins to scan the birds on the jetty this was the closest bird!! A scenario Ive hoped for many times. Anyway Im making more of a fuss than necessary but its just how I feel about Caspian gulls man. 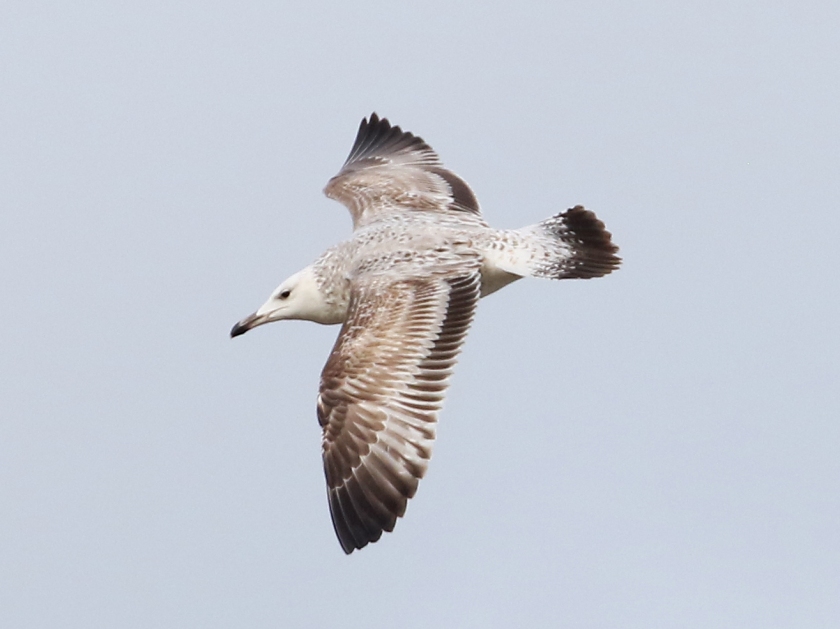 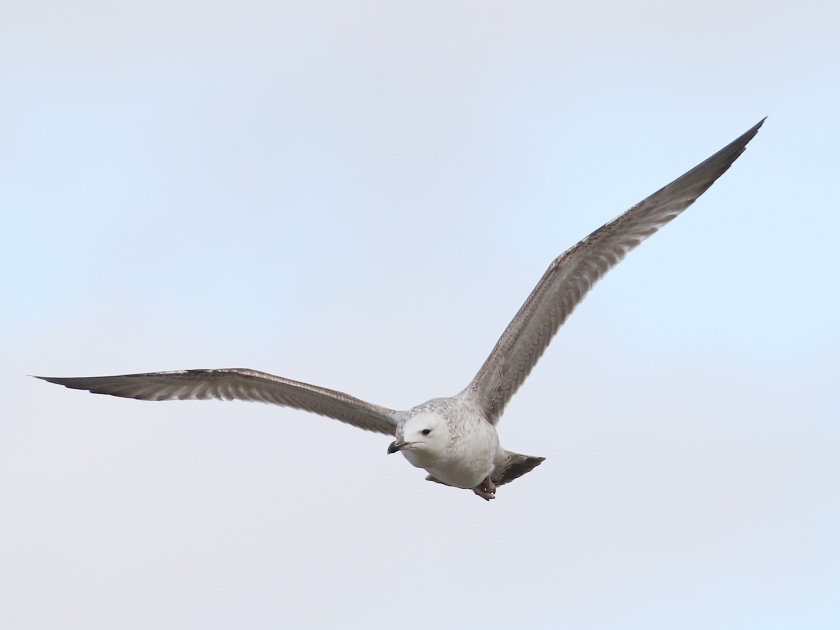 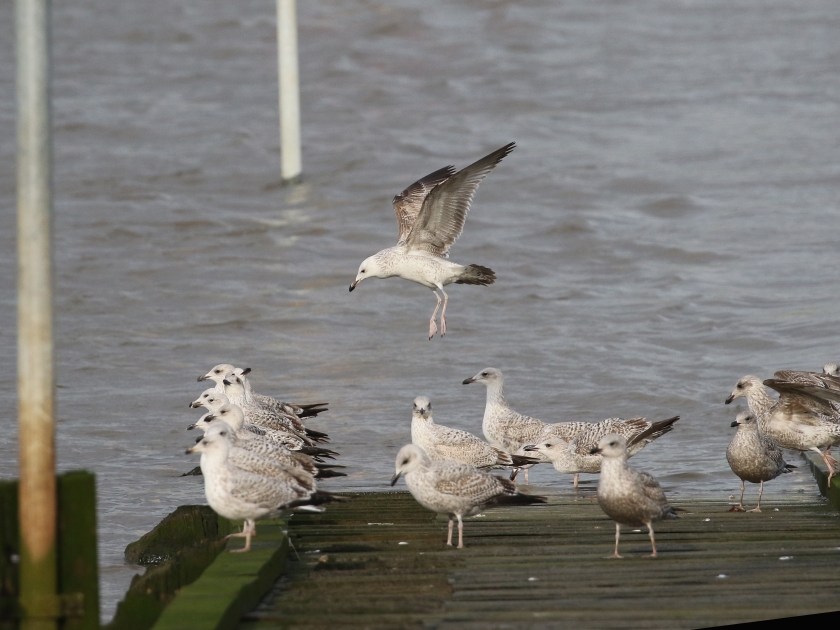 Its a particularly long necked, long legged long billed, white headed beauty with plain coverts and a little bleaching which I love. 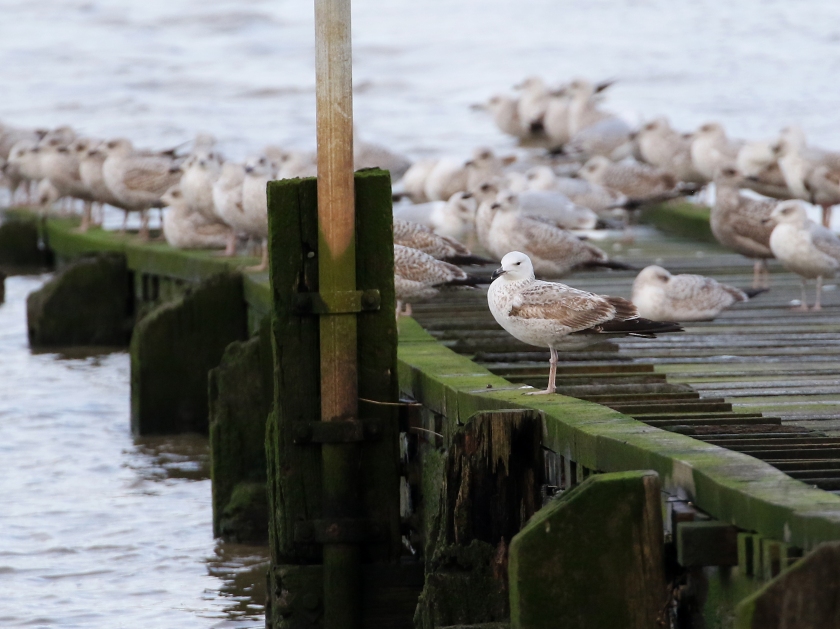 In other news the Dunlin flock were putting on a nice show at Erith pier whilst Niall and I had our lunch.

Another work trip this time to Mexico city, installing art works for the artist Richard Long at a private home and horse stables designed by Mexican architect Luis Barragan. 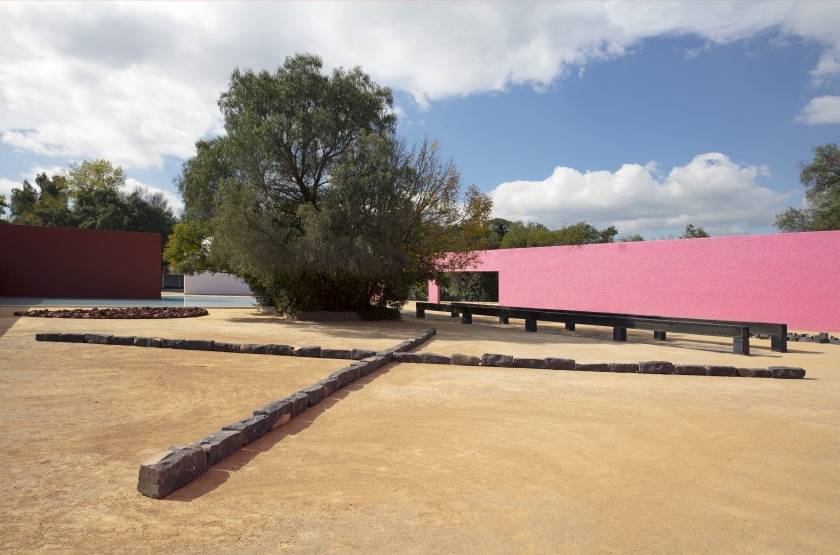 My first time in Central America and as is the case with these trips I try to make the most of relatively urban birding outside of work hours with the exception of one entire morning just outside the city. The things I was hoping to see were mostly common, all it took was to track down a warbler flock or find the right kind of scrubby habitat and there were no disappointments although id like to spend more time in a wilder environment when/if I return one day and also spend some time at a wetland type habitat as I saw no waders, not a huge surprise at 2,500m above sea level!

I counted 14 species of warbler, 9 of which were new birds for me and I believe I could have seen another 2/3 new species with more time. Below are the birds I photographed, beginning with the more common wintering north American Birds and later the Mexican specialties! 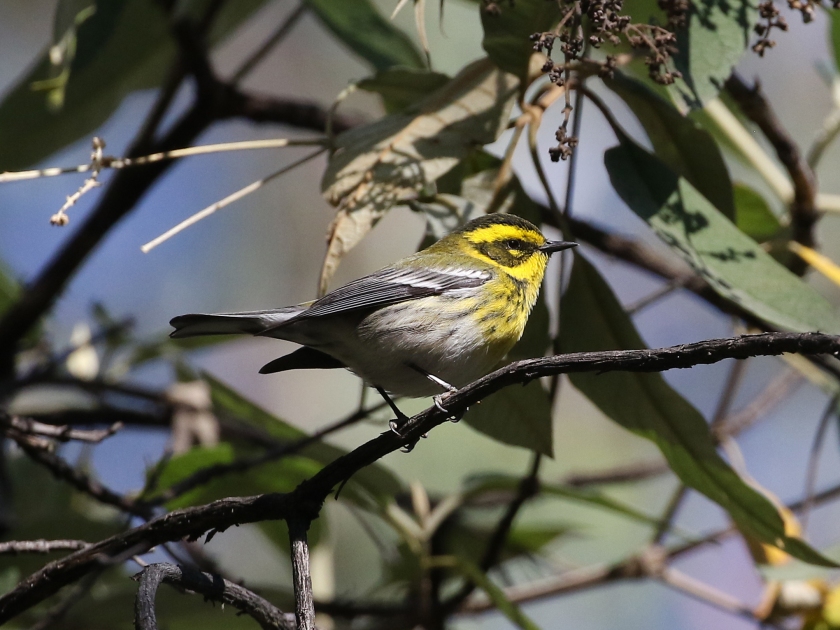 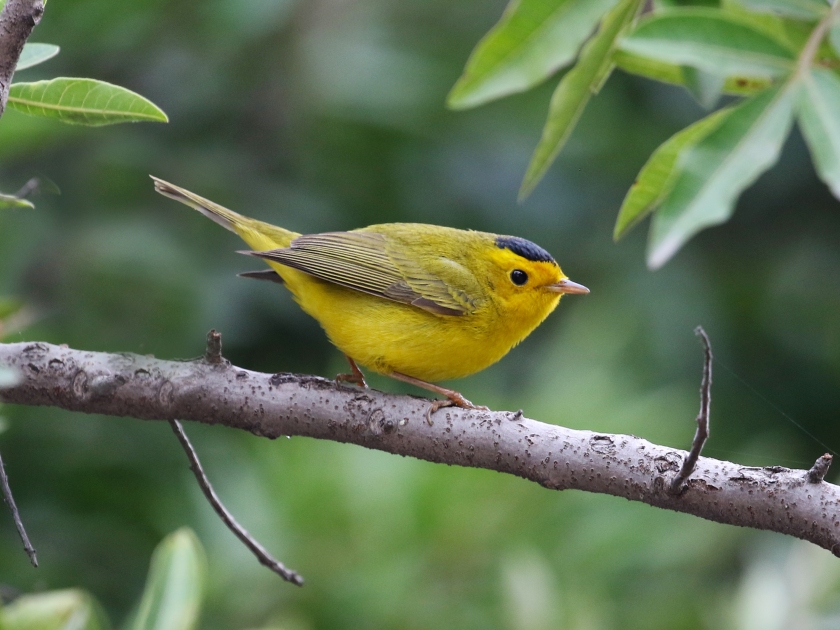 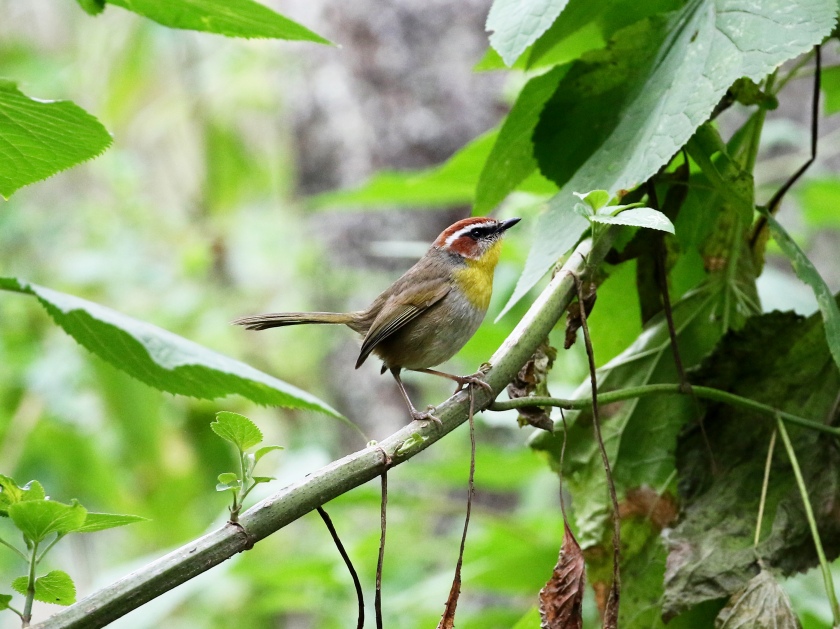 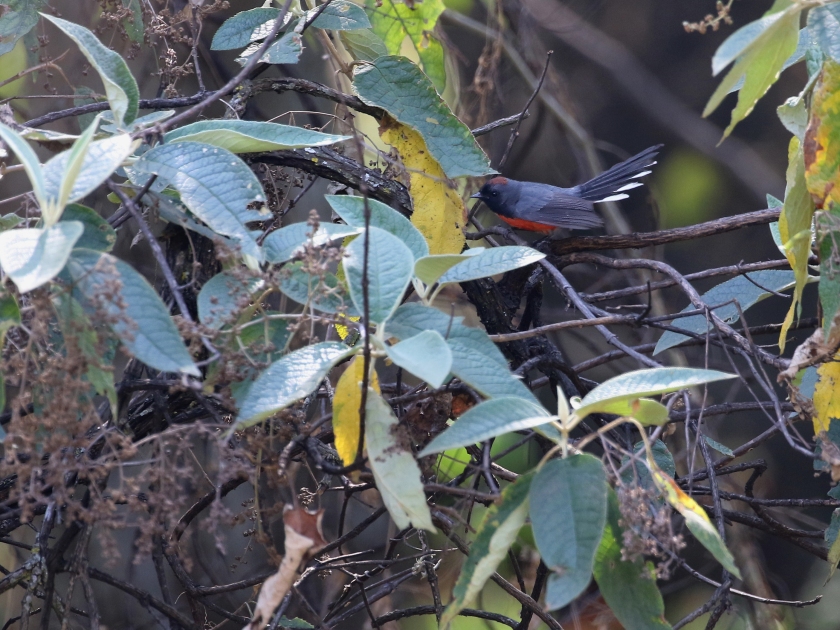 Nashville and Orange–Crowned warblers remained un photographed on this trip despite being very common, I also saw Hooded Yellowthroat which was new to me.

In the group I loosely think about as ‘other cool things that I’d like to see’ this includes Vireos, Tanagers, Humming birds and sparrows I saw a few new species of each thing like; Bullock’s and Black headed Oriels, Cassin’s and Hutton’s Vireos, Rufous Crowned sparrow and despite there being over 100 species of Humming bird in my Mexican bird guide I saw only three; Berrylline, Broad–billed and White Eared. 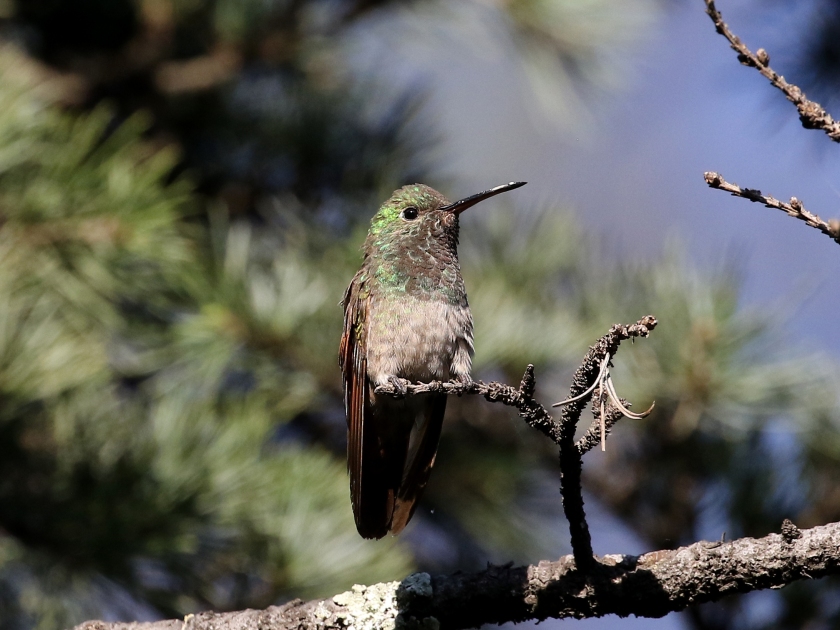 One of the unexpected ‘favourite’ birds of the trip for me were Canyon Wrens. These along with Bewicks Wrens broke up the sometimes deserted scrubland nicely with excellent song and characterful posing.

Another stand out bird was the Vermillion Flycather I probably saw half a dozen of each males and females, the males looking incredible in flight but the peachy tones of the females stole the show slightly for me.

As is the case with many of these work trip posts Im focusing on my targets and the birds that showed well and because I don’t make trip lists of use ebird I’m omiting lots of stuff that I did see and enjoy for example a few flocks of Vaux’s swifts, small mixed flocks of Black–headed and Rose–breasted Grosbeaks, a Hook-billed kite, Hammonds, Least, Cordilleran Flycatchers + Western Wood and Greater Peewees but i’ll end this post with a random selection of photographs. 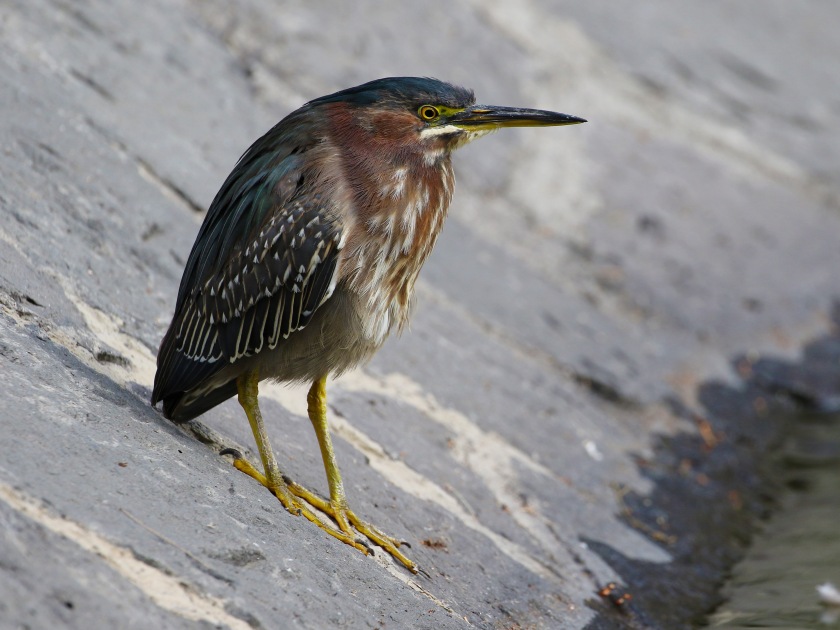