Hopefully readers will find this post useful. Understanding wing covert pattern and the advance of wing moult was a real turning point for me learning about gulls and a really important bit of information for identifying gulls in their first winter plumage.

Yellow Legged Gull numbers are continuing to drop here on the inner London Thames however a few 1st winters and an adult were lurking about on Sunday morning. Below are the 1cy birds showing wing, and in the case of the second bird, tertial moult. 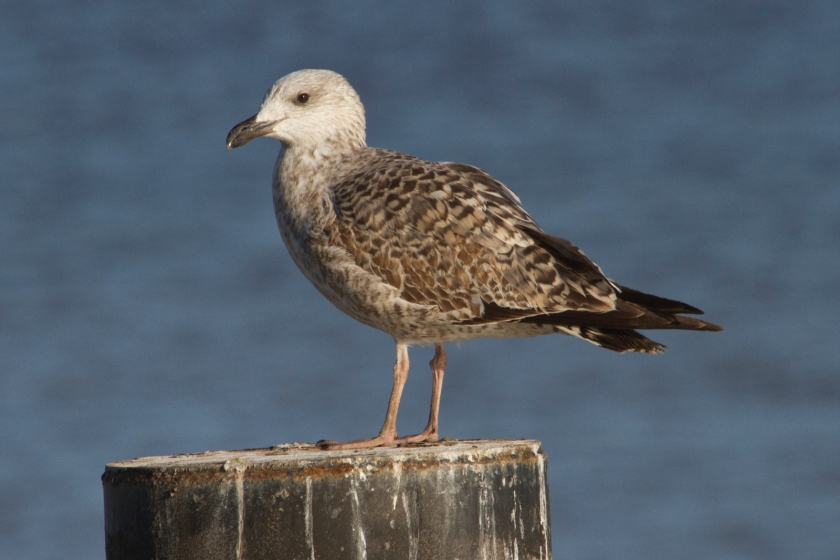 Wing moult, (shown above as the darker, diamond shaped, white fringed replaced feathers dotted amongst the first generation coverts in the wing) combined with other supporting features is a reliable method for separating 1st winter Yellow Legged and Caspian from Herring and Lesser Black backed Gulls. Supposedly caused by the former two species being born in a warmer climate with earlier breeding season and therefore an older bird by the time we see it here in autumn/winter.

Up until last month I had not heard of 1cy Herring or Lesser Black-backed gulls having replaced wing coverts before spring. The bird pictured below however , photographed in Regents Park London by Dante Shepherd this October, contradicts the rule and has included c40% of its wing coverts in its post juvenile moult.  These replaced feathers are less heavily marked than Yellow in Legged gull, with a pattern recalling 2nd generation Herring gull- type scapulars rather than the seemingly dark centered diamond headed coverts of YLG. 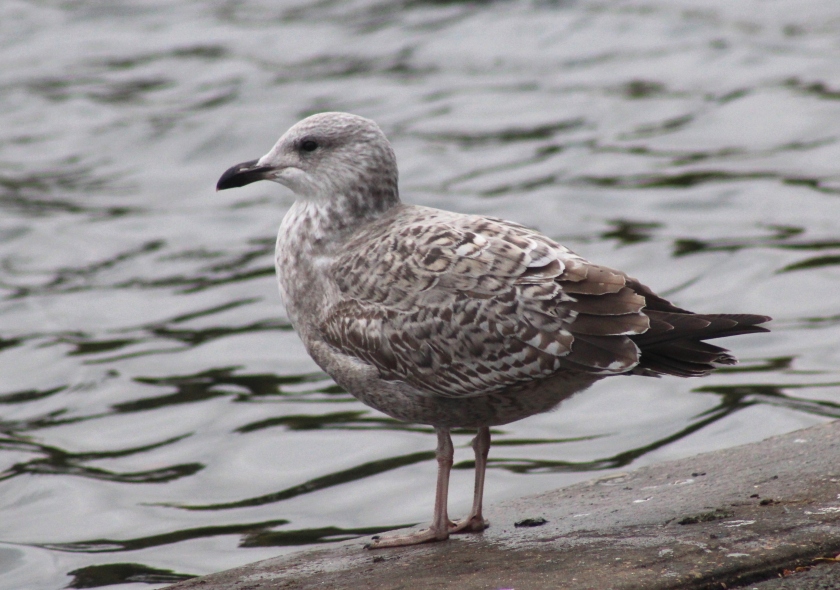 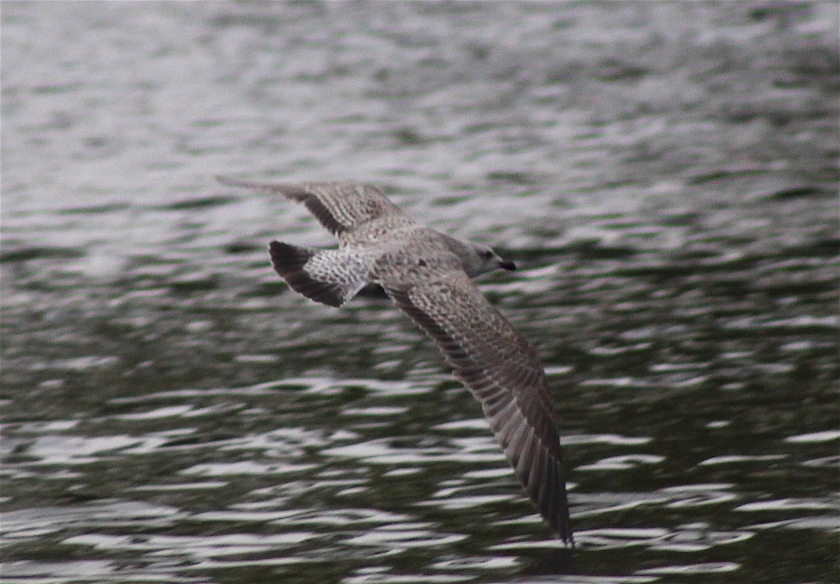 Flight shot shows tail pattern and large window in the inner primaries, revealing the ID of this interesting bird.

N.B: It should also be said that if a bird doesn’t show any wing moult in its post juvenile plumage it could still be a Yellow-Legged or Caspian Gull, and this method should be used carefully in combination with other features.

One thought on “Abit about Wing Moult in first winter gulls”