With Low tides and daylight hours working in our favour. Myself Dante and Rich agreed to meet up and stay local. I was first on the scene at Lyle park on Saturday morning and had a new very large first winter Casp with a pale based bill on the foreshore. I think this puts the number of Casps up into the teens since sept. The very distant shots are beyond shit so staying off the blog. Later one of the guys picked up my favourite first winter ‘Lyle’ who put in an appearance (below) and came reasonably close in the fog.

The following bird is a different individual, it was seen on both days and in better light on the Sunday. Its a shorter legged, squarer headed and slightly bulkier . I’m happy its a Caspian Gull but has some slightly a-typical nuances all within variation .

The below first winter Yellow Leg is a bird I’ve not noticed here before, and caught my eye several times with its brightly contrasting replaced tertials and wing  coverts.

This Familiar 1cy Caspian was lurking about from time to time putting the count up to 4 Casps seen this weekend. It behaved well for Sean Huggins and Dominic Mitchell who came along today. 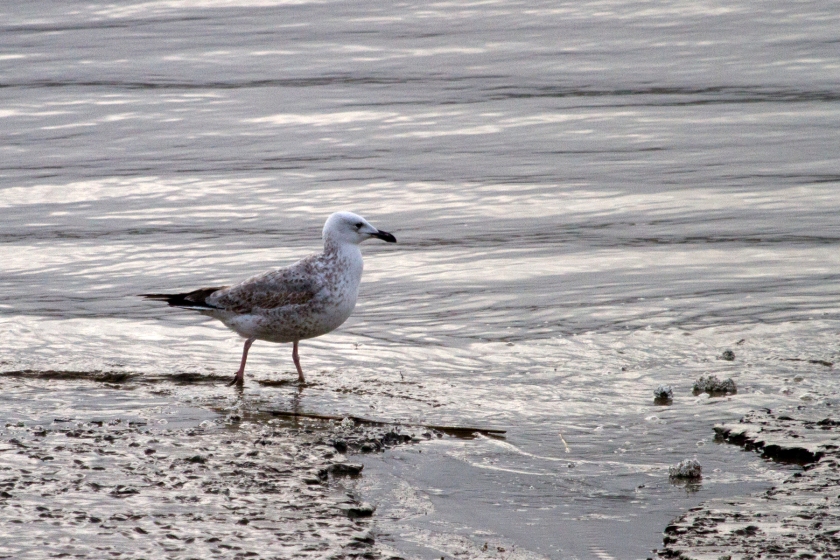 These 2 first winter, apparent northern Argentatus Herrings were quite striking. 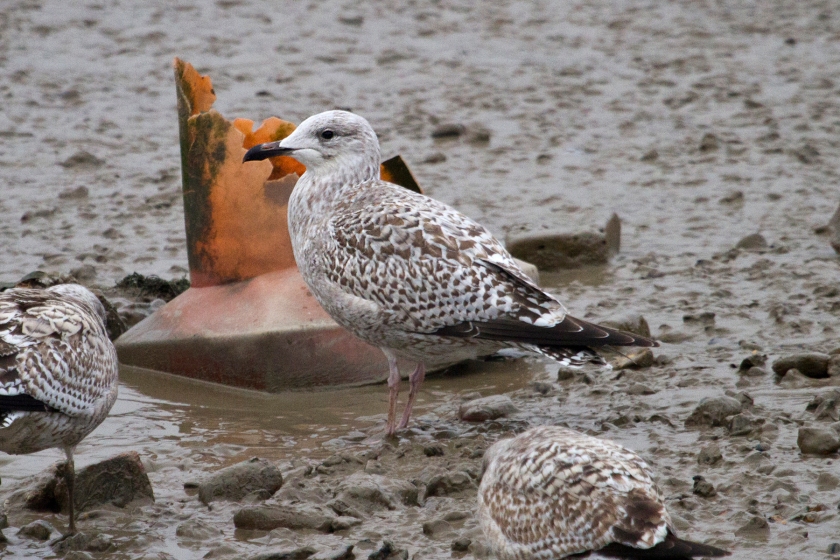 In other news, we had a Black tailed Godwit come off the mud at woolwich ferry on saturday, 2/3 Redshank and a Dunlin today at Thames barrier park, aswell as good numbers of Teal and Shelduck on the river.

Although were getting many good looking first winter Casps I am ready to see some birds of different ages and abit of tweeting about today reveals that other people arn’t seeing many elsewhere in the south east.