Its been fairly slow going, with my pre-work walks turning up the odd migrant or two. Handfuls of Willow Warbler, a few each of White Throat, Sedge and Reed Warbler and in the last couple of days the rattle of Lesser White throat has been noted. Sand Martins are on breeding grounds at the bottom of Lockwood and though I’m yet to see a House Martin I’ve probably seen close to 50 swallows go North over the week.

My first Yellow Wagtail of the year was on the East Warwick also a few White Wagtails have been noted including a small flock of 6 on the Lockwood on the 14th these are a particular favourite of mine and come through in small numbers most noticeably in spring. 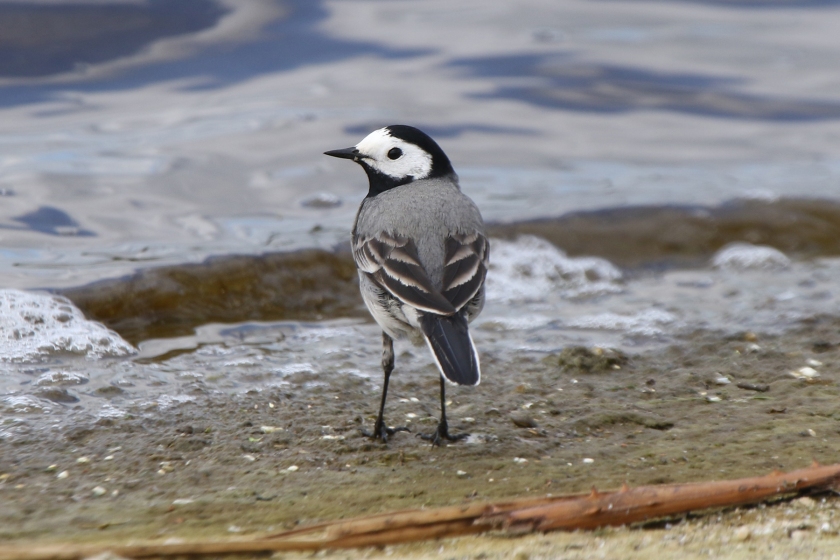 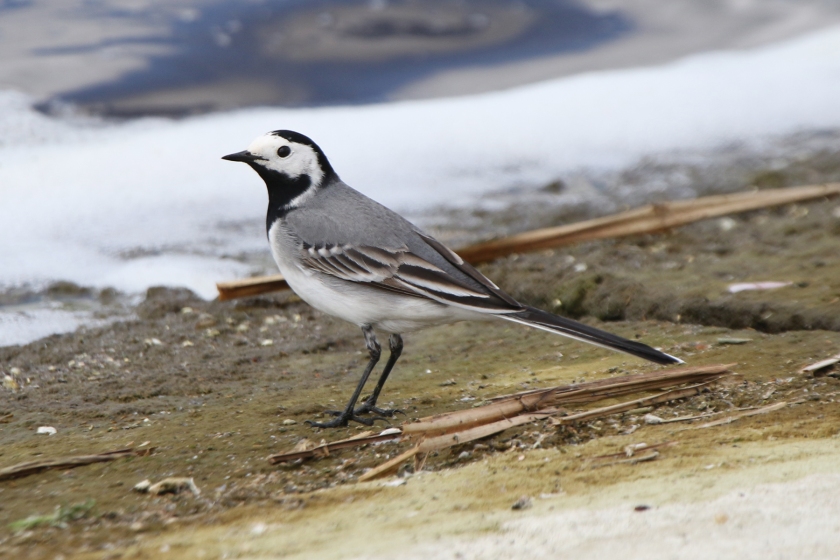 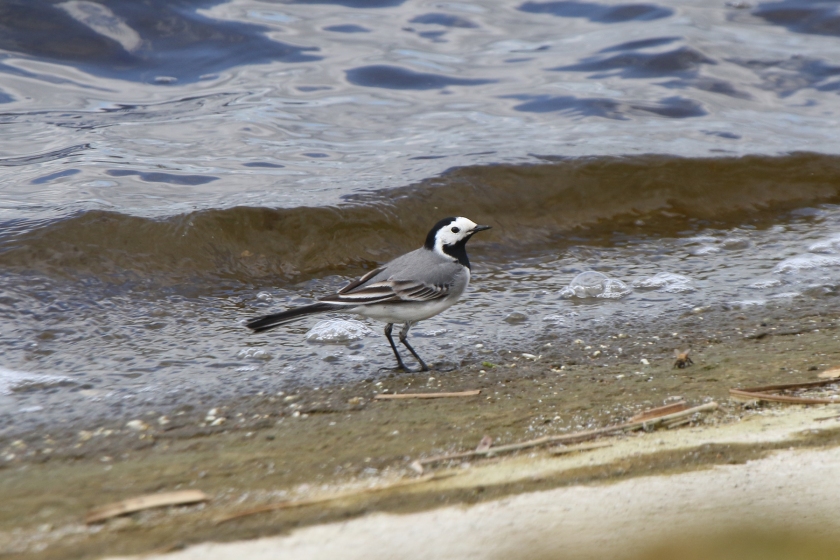 The grassy banks of the aforementioned Reservoir held this Skylark for a few days, only the second I’ve ever seen grounded at this site. It was nice to take it in,

A Wheatear on East Warwick on the 13th came close enough to reveal several features of Leucorhoa or Greenland Wheatear, a likely much under counted sub species in Britain.

Leucorhoa  Wheatears migrate alot further and are longer winged showing 7/8 primary tips in the closed wing (Our native birds showing 5/6). 7 were counted on the East Warwick bird as well as warm buff tones reaching right down to the vent, brown marks in the Ear coverts and mask as well as a ‘dun brown’ in the mid mantle apparently fitting of a Greenland Male in spring.  Traditionally Greenland Wheatears were thought to come through later in the season but ringing records have proved this not always to be the case.  I tried to note size, structure and stance and although it was alone it did seem quite a thick set bird and when first picked up seemed very upright in posture,to be honest I think any wheatear in longer grass is likely to adopt this kind of posture so i dont think its of use really. I think my presence was noted and whilst photographing it stayed in a fairly similar ground hugging pose. 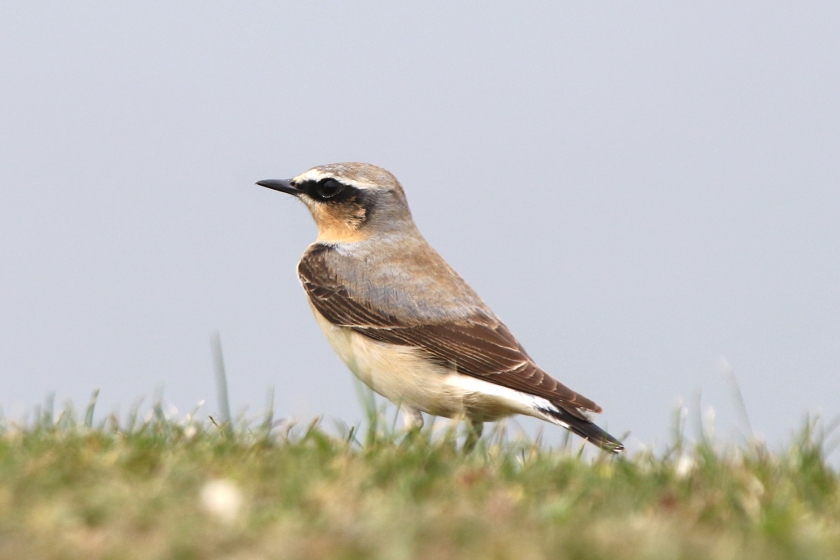 Our Local raptors are all present and correct. Displaying Sparrow hawks and mating Kestrels in their nest tree. Peregrines have been active and are seen most visits as well as flyover Red Kites and Common Buzzards. 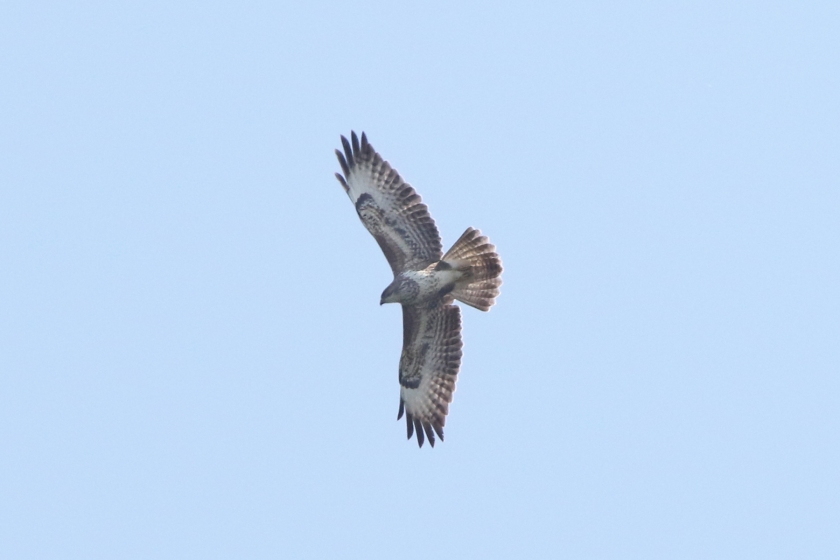 Rain over night on the 14th meant I was down on the Waterworks first thing this morning and brief but close views of a Male Redstart were the reward. no pics unfortunately but Its a good feeling to get the Redstart find out of the way and set hopes a little higher before the end of spring.

This Weasel was compensation for missing out on Redstart shots. 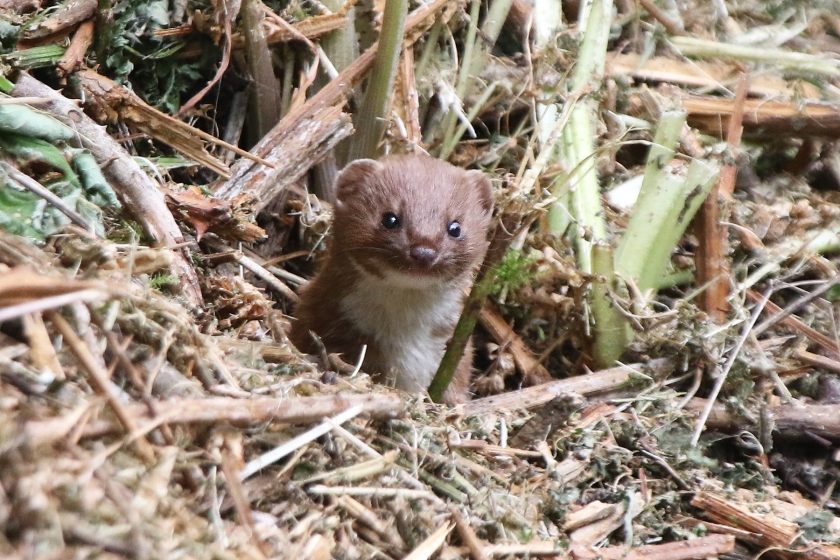