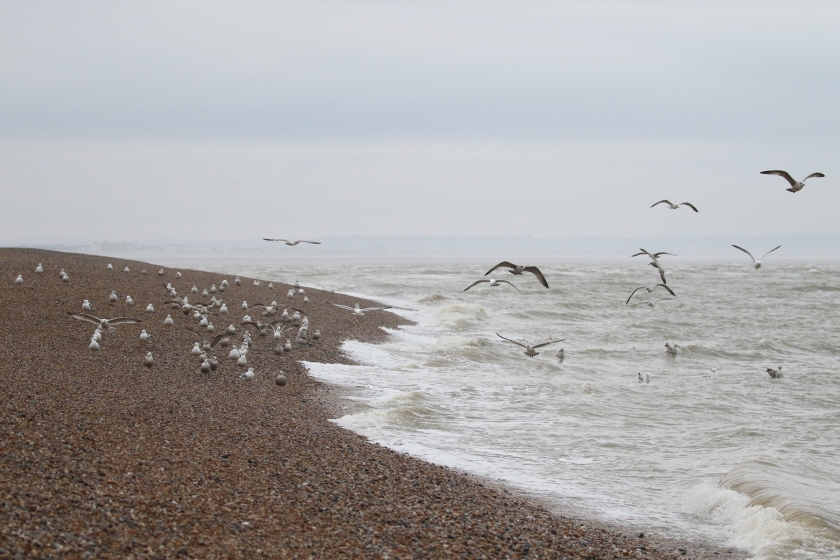 LP and I spent the morning by the fishing boats and scrabbled together a small group of gulls from none at all – The wonders of brown bread. First bird of interest was this 3rd winter Yellow-Legged Gull, they look fantastic when the bare parts get their adult summer brightness. 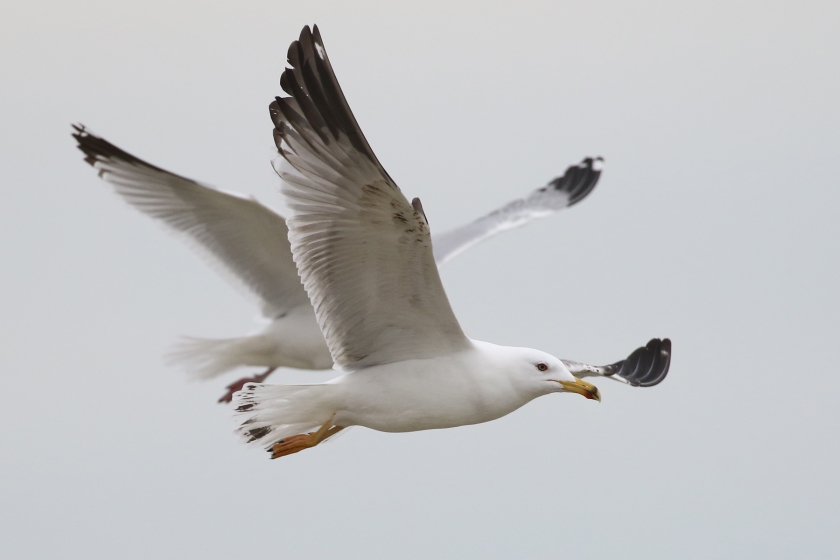 There has been 2 regular juv Glaucous Gulls about. We had distantly seen one sat amoung Great-Black Backed Gulls by the puddles but it had flushed before we got close. 25 mins later and it (or another) was in front of us on the beach. 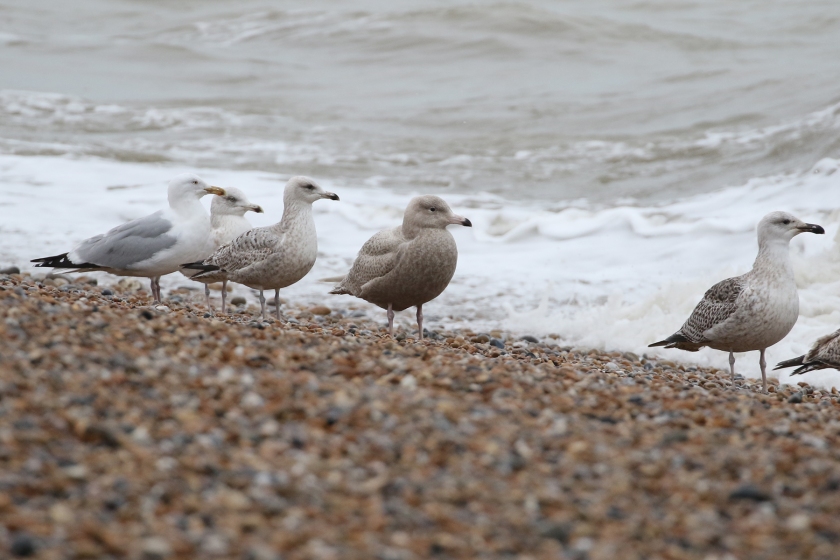 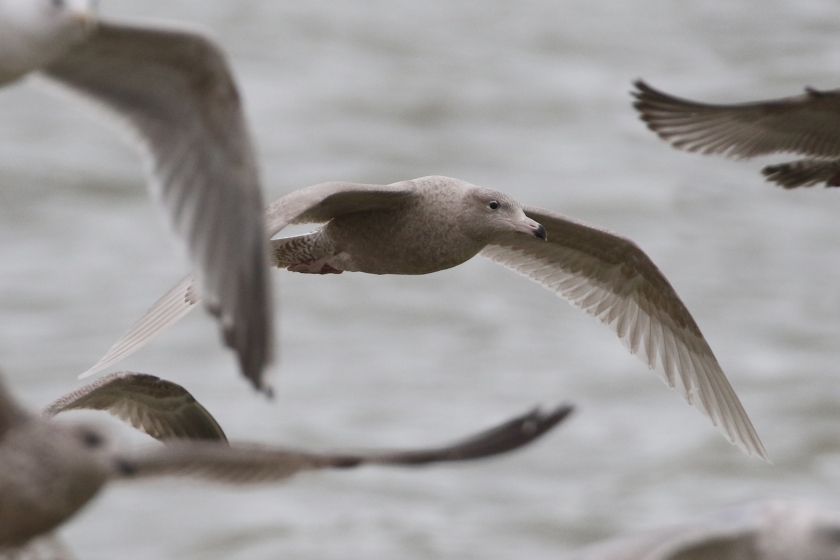 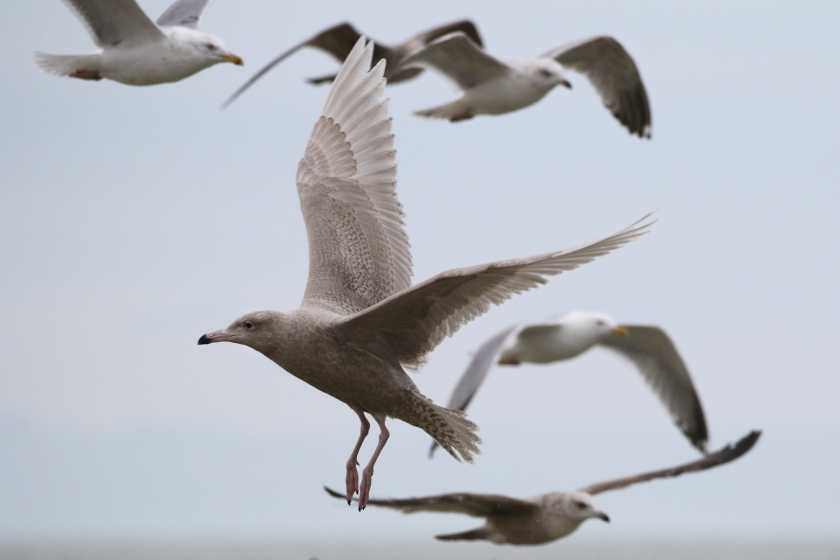 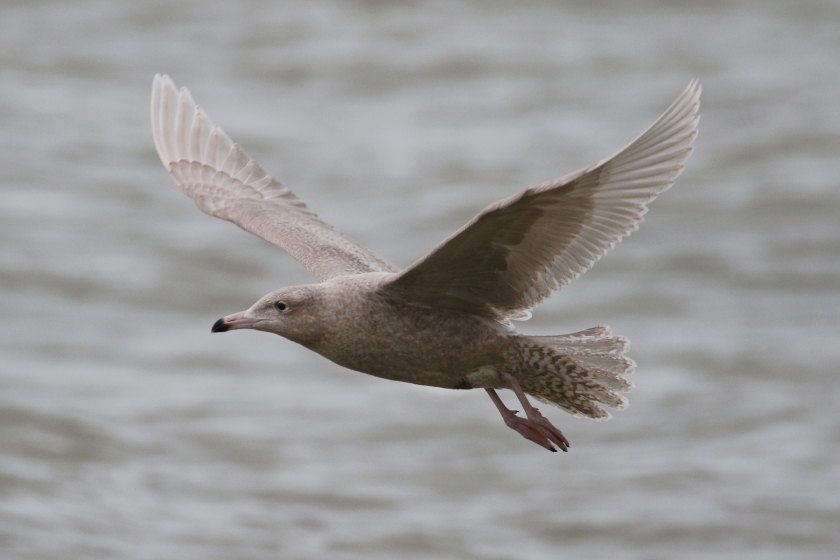 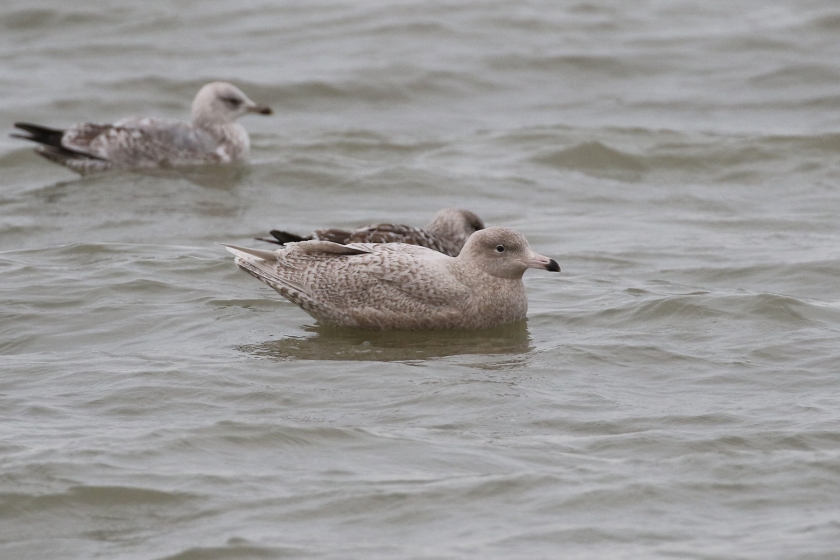 I caught a whiff of Caspian gull in a distasnt 2nd winter bird so left LP and got closer to investigate, my suspisions were correct and the below bird stood on the beach for a moment before it flew onto the sea but was gone before too long and couldn’t be temtped back to the bread bath. Sorry you missed it Laurence … 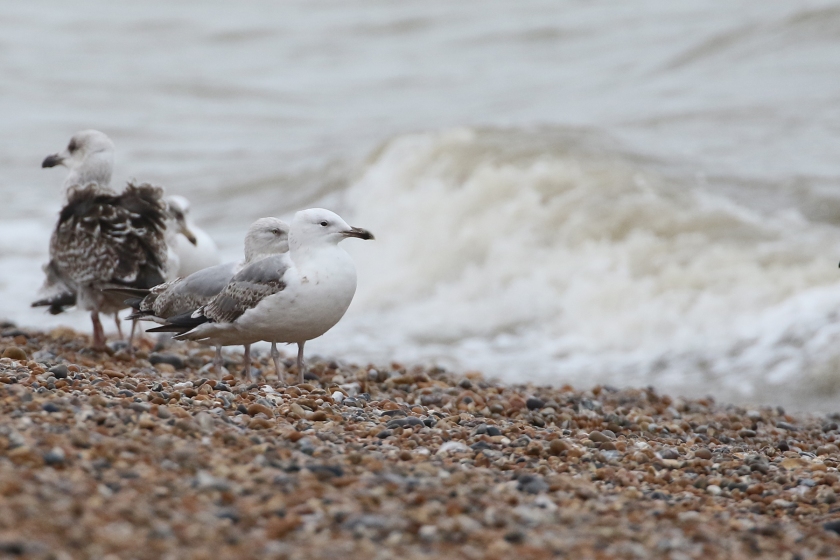 We had a quick look on the reserve for a Sand martin of Little Ringed Plover during a rain shower – no luck but we did see one of the Glaucous Gulls in the roost by the track. Back to the fishing boats and we were joined by Mick S, Richard S, Richard B and Andy L.  Almost instantly there was an adult Caspian Gull in front of us! It flew around a few times showing very bright almost yellowish legs, that white leading edge to the wing where it spills over onto the upper wing is delightful. I really enjoyed it. 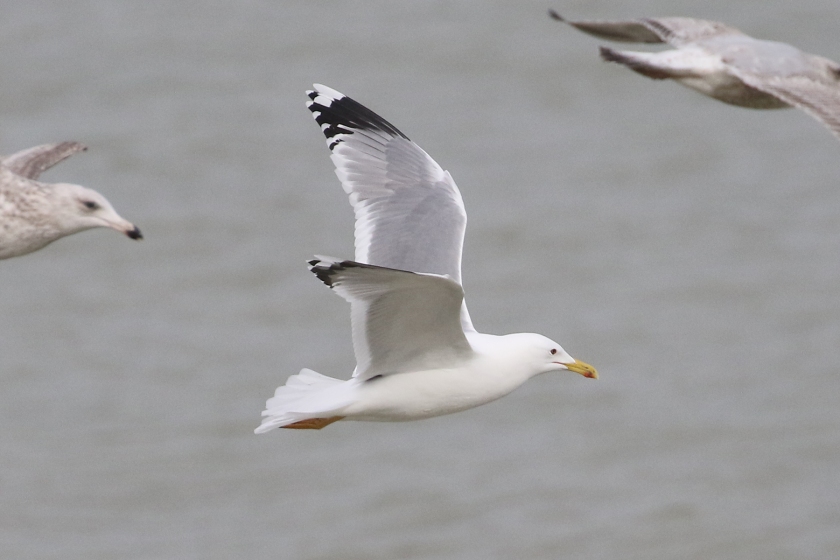 I knicked the below pic from LP’s twitter, lovely intricate pattern in the outer primaries and those tounges were mainly hidden in active flight. 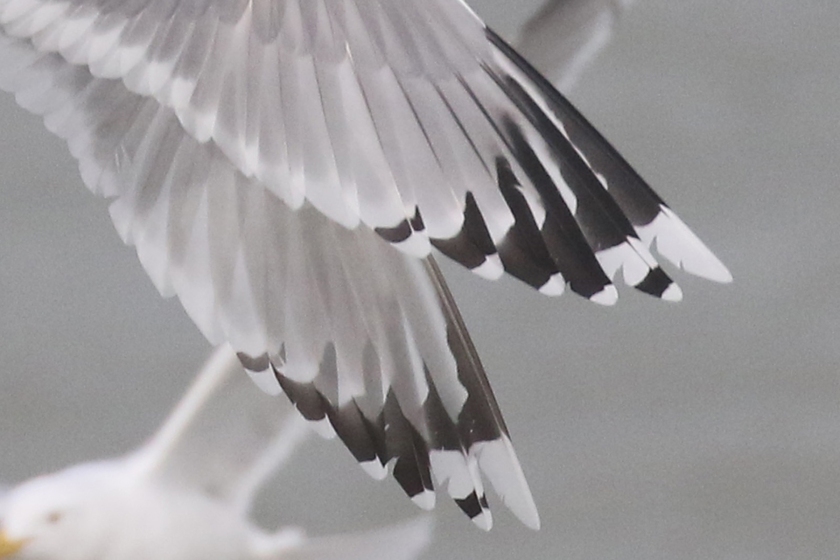 I’d seen a very small dark Lesser Black backed gull, long winged with an interesting head shape and expression, this was the closest i got to it but it looks like or similar to a bird Martin C had a week or so before.  Its reminiscent of Baltic Gull…more likely Intermedius but not much one can do without a ring. 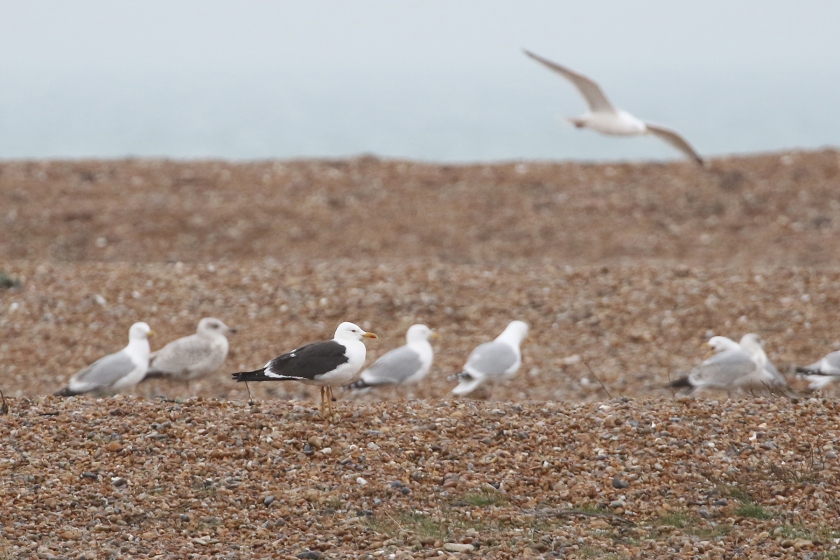 A different, darker Glaucous Gull was hanging around offshore and a near adult Med Gull was flying around too. The lighter Glauc is pictured below, it was so nice to see flying around at close range and also at distance, very short winged and barrell chested. 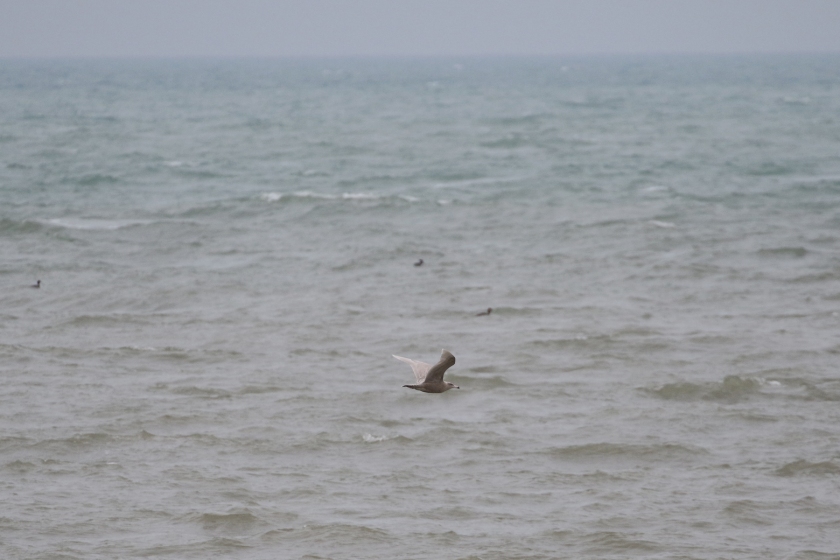 I’ll be out before work for the rest of the week so my next post will hopefully mention a Wheatear….