The Second half of April has been an improvement on what was a slow and fairly quiet first half ,  Im still walking over the marsh every morning and have put in some hours at the reservoirs on weekends.

Yellow Wagtails were consistent throughout the first half of April and that carried on up until now with birds seen on almost every day and a modest count of 30 individuals over the month which is a high count for me, this bright male and the below (slightly greyish headed) female were especially showy. 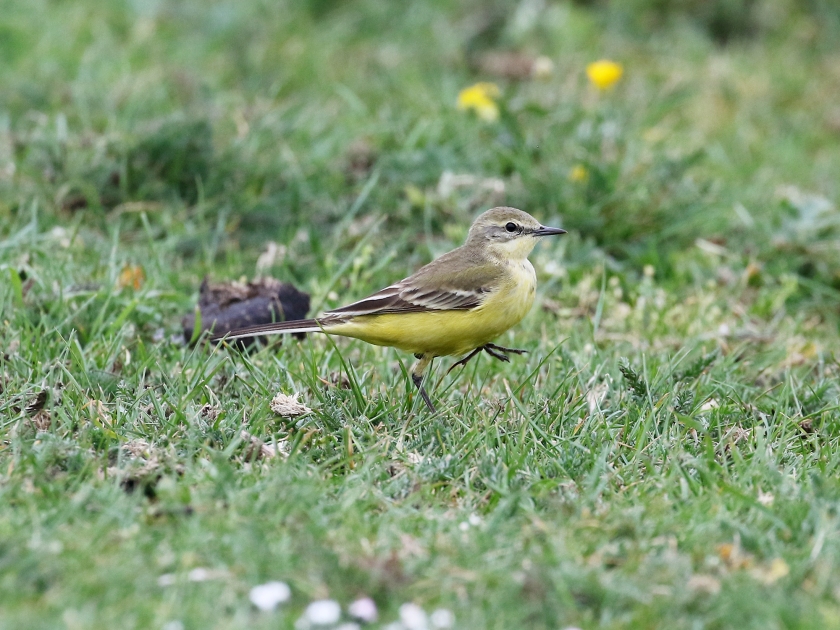 I had the below bird on the 23rd, I think female Blue-headed Wagtail is probably the best fit but I’m in the camp of only being sure if the birds a spring male or classic representation of a known form, so id go with ‘probable’. A 2cy ‘Channel type ‘ was also mooted.  Nice bird though and cool to think some non Flavissima birds are coming through.

Ive included the below photo as it makes humble old Walthamstow marsh look like a proper reserve with real habitat! Truth is Ive been eyeing this puddle up for a Citrine wag the past couple of weeks but was reasonably glad to watch this male Yellow wagtail feeding in it briefly before it was flushed by the crows.

Another well represented migrant recently have been Whinchats;  David C and I had a first summer male on the 22nd in the bomb crater field, which was apparently joined by another that evening.

Fast forward 5 days and some unsettled weather both during the day and over night led to at least 2 males and a female present over the 29th/30th including the below male singing(!) the evening after Niall Keogh (Irish sea watcher stranded in London) picked another male up earlier in the day (He also had a cuckoo on the 19th.)

The lush meadow that is the bomb crater field and its fenced lined edge is especially good for these birds on passage. Other birds recently have been a skylark briefly in song flight and then west, A male Wheatear for an afternoon and the odd Meadow pipit is using it as a staging post plus a snipe flushed earlier in the month.

Garden warblers have been fairly entertaining with 2 birds back on territory in the Waterworks and a singing bird on the north marsh the past 2 days. 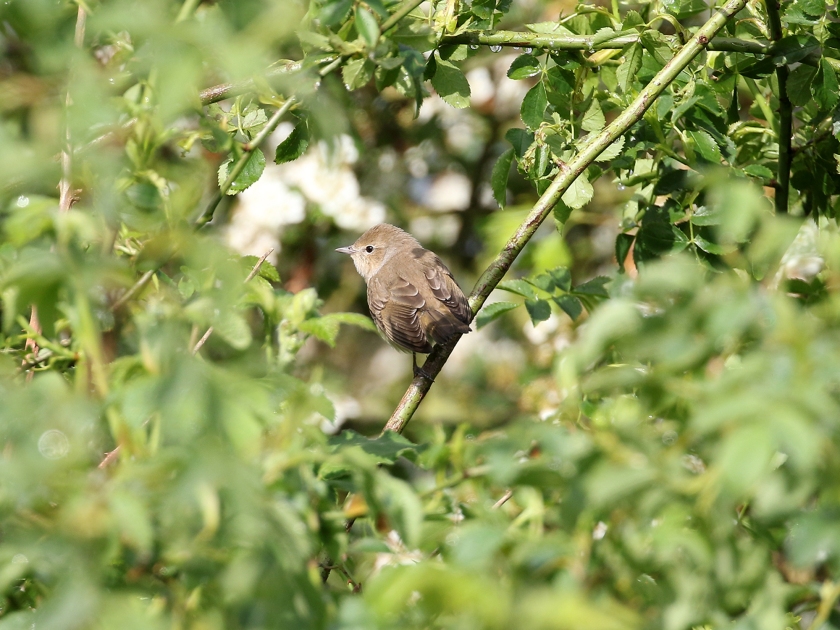 Next is an inland reservoir stalwart’s spring staple and a much looked forward to event for me – Arctic terns on passage in London, 10 birds were present during the rain on the 28th.

The Swifts are back and in decent numbers over the reses especially and Ive got some breeders back near home too it seems.

I also had another 4 Bar-tailed godwits over NE on a fine sunny morning , thats 6 birds for me this spring and I think the total recorded over the reservoirs and marshes is 19 which is pretty exceptional locally.

Theres still some holes in my list of things I’d like to see (Little gull, Black tern… Hobby actually!) this spring and hopefully I can connect with those bits and bobs as may advances.