With the winds looking decent on Monday 25th, I ventured down to Langdon Hole area again. During the morning I was joined by RB and then by DS. Very light Northwesterly winds at dawn turned into a light south easterly by around 8 am.  We birded at a distance and came across very little in the way of migrants at first beyond Swallows tracking east. At South foreland lighthouse RB picked up a Spotted Flycatcher and about 15 mins later a female Honey Buzzard appeared over the tree line as we looked east to st Margarets. Excuse the crap pics into heat haze. The bird flew NW.

RB had to head back for parental duties but DS and I continued our birding and whilst walking along the tarmac track above Fan bay we had a couple of swifts apparently flying in off and towards us, a moment later whislt walking we heard a  familiar call. Instantly recognisable to both of us.  “Prrt!”

We froze, heard it again and both exclaimed “Fucking Bee eater!, BEE EATER!” both looking up expectantly and in mild panic, I picked it up high over our heads, had a few seconds on it in the bins, WOW! it was fairly high and fast so fluffed the pics. We were able to watch it flying towards Langdon hole, a brief deviation from its westerly trajectory it turned north, a little glide and twist of the tail but soon continued west and we watched it distantly disappearing , An exciting few moments as we had just been talking about them! 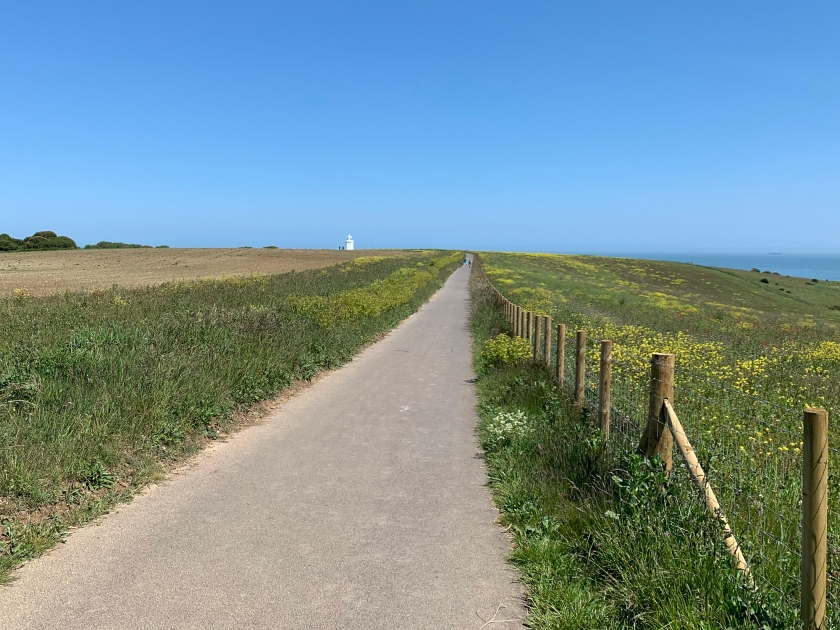 I’m very pleased to have added HB and Bee eater to the run of decent birds I’ve had in Kent over the past week, with the latter something id been especially hoping for this spring. Perhaps theres more to be squeezed out of it at we advance into June.