LP and I thought we would visit Dunge on a mid November day. At a glance around the fish hut and roosts visible from the road Gull numbers seemed low, however once out at the boats themselves the high tide had concentrated a group of loafing birds on the shore and a near by incoming fishing boat was good for turn over.  The first Caspian Gull of the day was this 2cy, pretty much one of the first birds I laid eyes on as we approached. 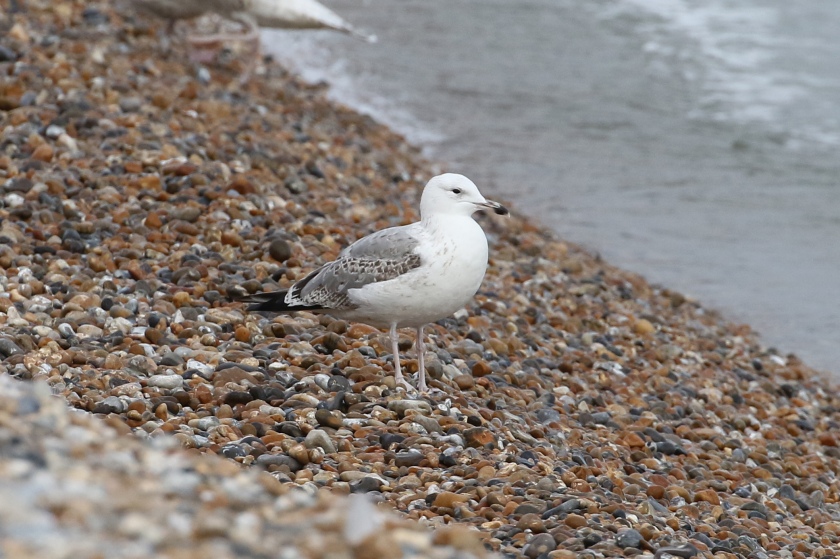 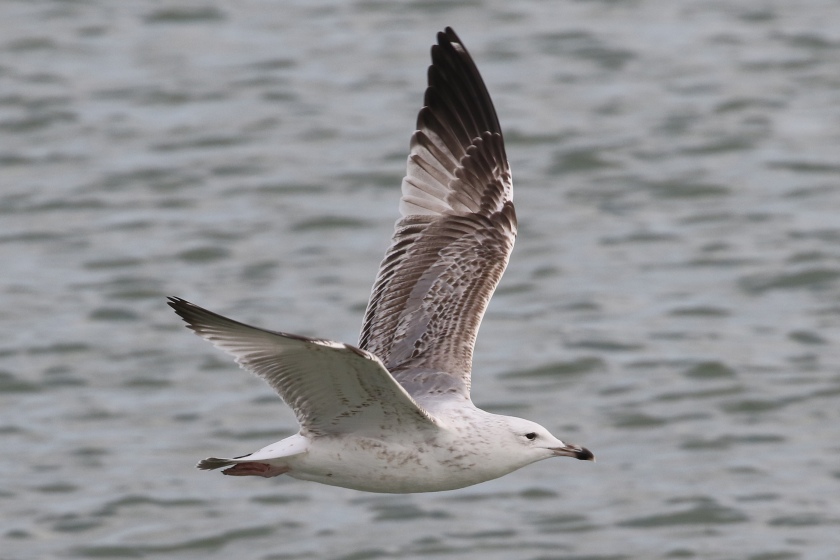 After much bread throwing and the fact that the fishing boat was now being pulled ashore rather than gutting, numbers on the beach grew, however the next Caspian gull was picked up much further out at sea flying towards the group – another 2cy, 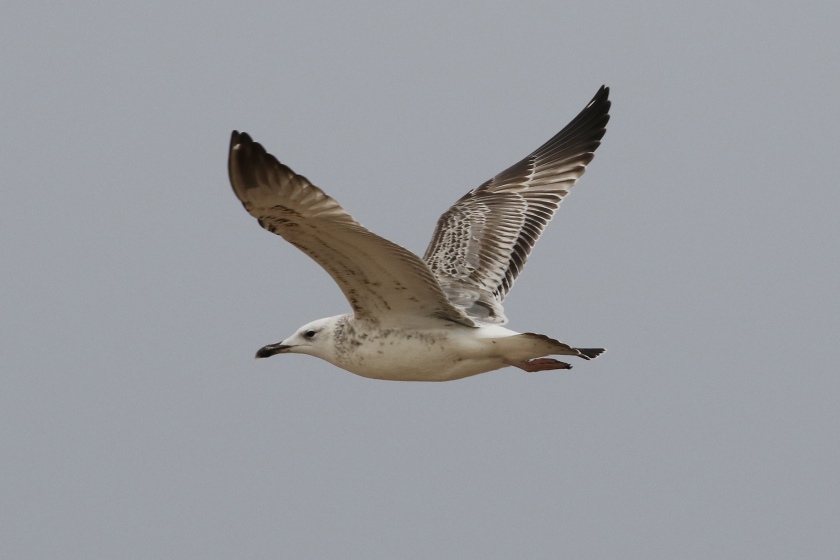 Both birds showing one of my favourite features – P10 mirror on a second winter- just one of a list of things that make Caspian Gulls the best large white headed gull out there!  The below 1cy Yellow-legged Gull was also present on the beach.

Later we sat in the hides on the RSPB reserve and another 2 YLGs were seen aswell as one beautiful and one strange 1cy winter caspian Gulls although too distant for decent photography. The strange bird looked good enough on the deck but in flight had a bang on Herring gull tail pattern – odd.